Trump is scaring away voters by treating them like they're as ‘ignorant’ as he is: conservative 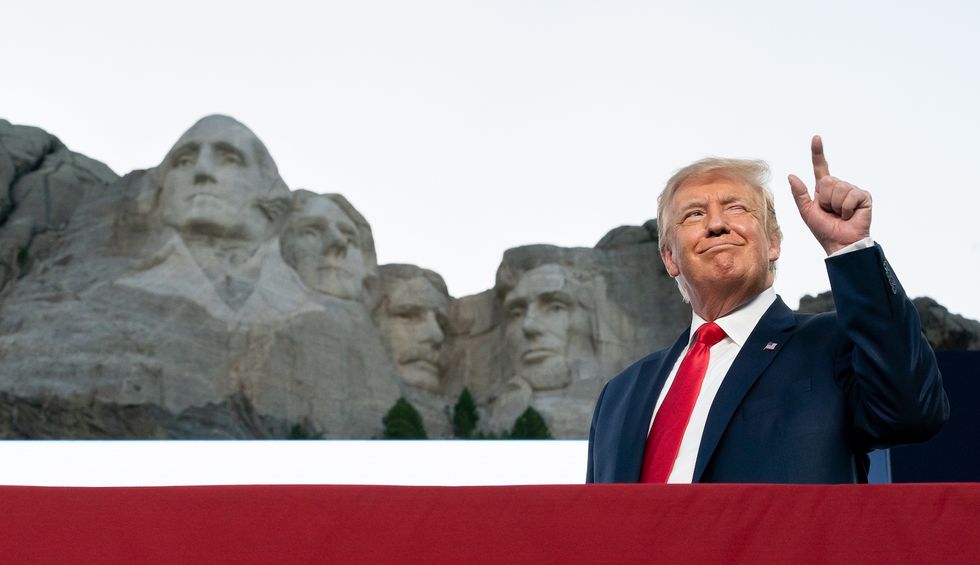 In his column for the Daily Beast, conservative never-Trumper Matt Lewis claims voters have caught onto Donald Trump’s game of reducing American voting groups to caricatures in order to rally voters and, in the process, he is demonstrating how “ignorant” he is.

The former Republican pointed specifically to the president’s characterization of women as either 50s-style suburban moms or “nasty” — the label he applied to Sen. Kamala Harris (D-CA) — with nothing in between.

“Trump’s America is a cynical and base place where people are identified as extreme avatars and insulting stereotypes instead of as complex individuals. But is it reality?’ Lewis asked. “This worldview helped him win in 2016, because enough voters believed the caricature he sold us about himself (a bogus image of wealth and success), as well as the image he sold us about others (Lyin’ Ted Cruz, Crooked Hillary, the ‘fake news’ media, you get it). But after nearly four years, it is helping him lose bigly in 2020.”

Trump’s view of women he notes is the most toxic — and that is what is really hurting him as the election nears.

“No matter what Trump’s antediluvian mind tells him, college-educated white women are not, by and large, 1950s-era ‘housewives’—nor are they particularly afraid of how Joe Biden is going to ‘abolish the suburbs.’ Instead, they are working moms repulsed by the vulgarity, chaos, and unrest unleashed by Donald Trump,” he explained before adding Trump’s views and pandering to Christians is little better.

Writing, “white evangelicals are increasingly conscious of Trump’s transparent, if awkward, attempts to pander,” he added, “Trump read the room right in 2016—at least when it came to conservative evangelicals. He accepted the left’s negative perception of conservatives and, sadly, they lived down to his expectations. But in 2020, he’s misreading the room.”

Explaining that the simplistic way Trump views the world served him well in 2016, Lewis suggested this time around it has “fizzled.”

“By treating us as collective blocs of identity groups who can be conned, fearmongered, and exploited—rather than as individuals who must be convinced and persuaded—Donald Trump has alienated many of the very people he sought to manipulate,” he elaborated before indulging in a bit of gross characterization himself, writing, “More and more of us see him as a laughable cartoon character. An orange, girthy, old, greedy, golfing, limp, racist, Jabba the Hutt, vulgarian, soon-to-be-one-termer. My apologies if this seems simplistic, or even, crass. Live by the caricature, you die by the caricature.”