Trump has fixated on Kamala Harris's desire to 'lock him up': report 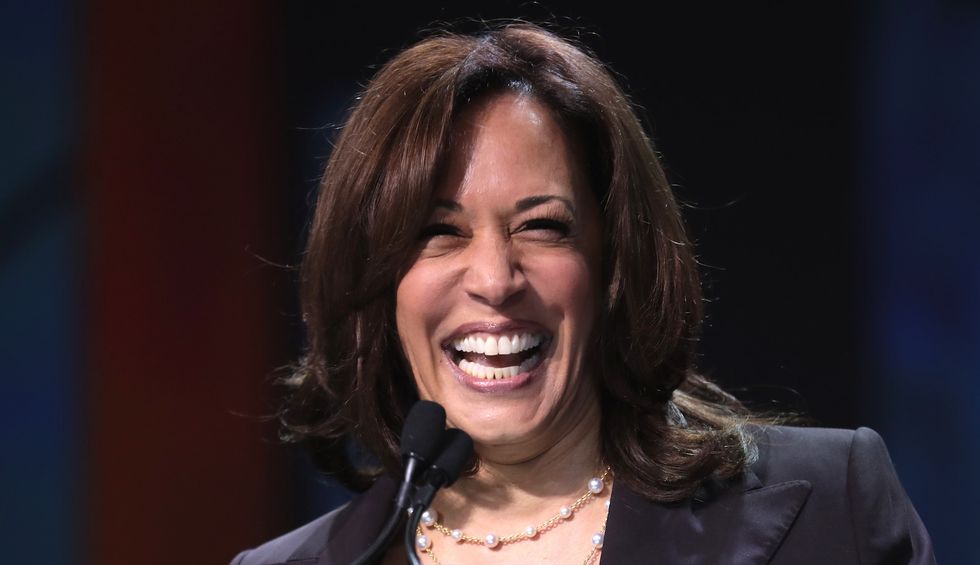 Echoing the 1968 presidential campaigns of Richard Nixon and segregationist George Wallace, President Donald Trump has been pushing a “law and order” message and claiming that the U.S. will fall into a state of total lawlessness if former Vice President Joe Biden defeats him in November. It was a ludicrous claim to begin with, but it seems even more ludicrous now that Biden has chosen a former prosecutor, Sen. Kamala Harris of California, as his running mate — a former prosecutor who, as journalist Asawin Suebsaeng notes in an article of the Daily Beast, has argued that Trump should be criminally prosecuted after he leaves office.

If Trump supporters try to claim that Harris is “soft on crime,” the argument will fall flat in light of her background: Harris served as San Francisco’s district attorney before serving as California attorney general for six years and being sworn in as a U.S. senator in January 2017.

When Harris was running for president last year, she argued that based on the evidence that former Special Counsel Robert Mueller presented in the final report for the Russia investigation, the U.S. Department of Justice would have “no choice” but to prosecute Trump for obstruction of justice under a Democratic presidential administration. Harris noted, “I’ve seen prosecution of cases based on much less evidence.” And according to sources interviewed by the Beast, Trump still resents Harris for those comments.

“One of the sources said the president recently mocked Harris for making a big deal about the DOJ potentially prosecuting him after he leaves office, saying she wanted to play ‘tough,’” Suebsaeng reports. “Trump, this source recounted, said he thought she was just ‘bluffing’ and that she and other Democrats are just craving another ‘witch hunt.’ In the same conversation, the president also made fun of Harris’ call, at a Democratic debate late last year, to have Trump kicked off Twitter.”

Another source, according to Suebsaeng, told the Beast that Trump jokingly said that Harris was “ripping him off” by using “lock him up” in place of “lock her up” — which was Trump’s infamous line against former Secretary of State Hillary Clinton.

“To Trump’s current and former attorneys,” Suebsaeng notes, “Harris’ insistence that the president should face prosecution after he leaves the White House remains an unforgivable or laughable offense — one that might even foreshadow legal jeopardy for Trump when someone else occupies the Oval Office.”

Suebsaeng points out that Trump “has already started dabbling in baseless birtherism allegations against Biden’s running mate, just as he did for so long against former President Barack Obama.”

“Birtherism” is a wingnut tactic in which far-right extremists question the citizenship of non-white politicians. Although Harris is the daughter of immigrants — a mother from India and a father from Jamaica — she was born in Oakland in 1964 and has been a U.S. citizen her entire life. In other words, she is 100% qualified to be vice president. But racist Tom Fitton, who heads the far-right Judicial Watch, tweeted, “Is Kamala Harris ineligible to be Vice President under the U.S. Constitution’s Citizenship Clause?” And Jenna Ellis, a senior adviser for Trump’s campaign, forwarded Fitton’s tweet.

Biden has stressed that if he is elected president, he will not try to pressure the U.S. Department of Justice into prosecuting Trump — but he also wouldn't stop it.

“If Team Biden is victorious come November,” Suebsaeng points out, “it would be wildly improper for a President Biden and a Vice President Harris to order or pressure the Justice Department to charge their former top political rival. And Biden has said as much.”