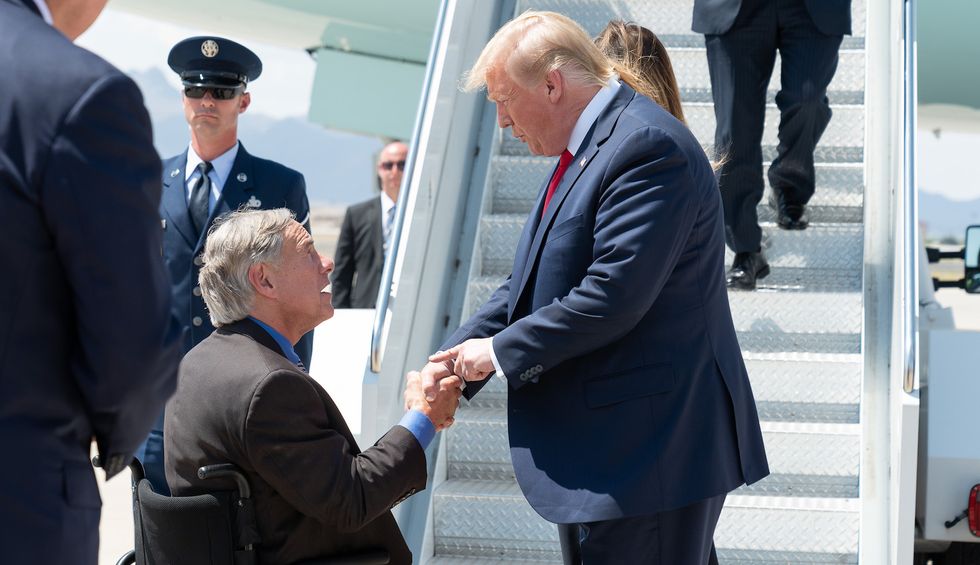 Remember when you could all describe, in one succinct sentence, what the Republican Party was all about? “Family values, lower taxes, and a strong national defense.” Democrats spent decades trying to come up with their own pithy slogan and failed. We are just too diverse a coalition to condense into a single sentence. And turns out, we don’t need to, because the head of the conservative movement, Donald Trump, has exposed just how empty that statement of values always was.

In fact, has any one man ever embodied the seven deadly sins more perfectly than Trump? Pride, greed, wrath, envy, lust, gluttony, and sloth. He is a wretched human being, morally bankrupt and ethically corrupt. And through it all, evangelical Christians have stuck with him, proving that they never ever cared about any actual morality.

On national defense, Republicans have acknowledged that Trump is a puppet of Russian strongman Vladimir Putin. The current House Minority leader Kevin McCarthy, a solid Trump ally, who was recorded saying back in 2017, “There’s …there’s two people, I think, Putin pays: [California Rep. Dana] Rohrabacher and Trump … [laughter] … swear to God.” Then-Speaker of the House Paul Ryan, another Republican, thought that was funny, ““This is an off-the-record … [laughter] … NO LEAKS … [laughter] … alright?!”

We went through a whole impeachment process in which Trump’s attempts to enlist foreign governments to help his reelection campaign were fully exposed, and Republicans did nothing but shrug.

But nothing tops revelations that Russia paid Taliban fighters in Afghanistan a bounty for every dead American they killed, and Trump couldn’t be bothered to give a damn. Instead, Putin’s loyal lapdog keeps checking in with Moscow every month, to discuss who knows what. You’d think Republicans would care about America’s top historical geopolitical opponent encouraging the murder of our troops, but nah.

They did get to the “lower taxes” bit, however. Nothing like destroying our nation’s finances in order to justify the cutting of our social nets to really get Republicans excited. … Then again, “bailing out billionaires” isn’t particularly the most populist and popular policy plank on which to hang all your electoral hopes.

So we know that all of this has utterly crushed the GOP, and we’re headed toward another anti-Republican wave election this fall. But now we’re seeing evidence that this goes deeper than simple anti-GOP sentiment. By exposing its flimsy pretenses, Trump is breaking conservatism itself. Check out Gallup’s polling on self-identified ideology over the course of this year:

That’s a stunning collapse in such a short period of time, while the long-demonized term “liberal” is making a strong comeback. (Many Democrats prefer the safer-sounding “moderate,” as you can see if you follow the link above. Black, young, Latino Americans all prefer “moderate” to “liberal,” when we know they are politically liberal.)

The decline in self-identified conservatism in 2020 has been seen about evenly among men and women, and among all political party groups.

However, it was more pronounced among adults in upper-income households as well as among middle-aged adults (aged 35 to 54) than their counterparts.

Among those who earn more than $100,000, the number of self-identified conservatives dropped 11 points, from 40% to 29%. And since we’ve tracked suburban voters so closely for the last several cycles, they are also leaving the conservative fold, from 36% to 28%. In fact, and this is crazy—there are fewer conservatives now in the suburbs than in cities (33%)!

Still, don’t count out rural areas, getting hit harder and harder by COVID-19. They’ve gone from 50% conservative to 43%. That’s why states like Alaska, Iowa, Montana, and Ohio are suddenly back in play at both the presidential and Senate levels.

Republicans exist only insofar as conservatives exist, as they and Trump fight to make their tent even smaller and unwelcome to anyone who isn’t ideologically pure. Seeing at close range the kind of rampant hypocrisy, corruption, mismanagement, and incompetence inherent in conservatism, Americans are ditching the label and, with it, their votes for Republicans.

And they still have a lot further to fall.