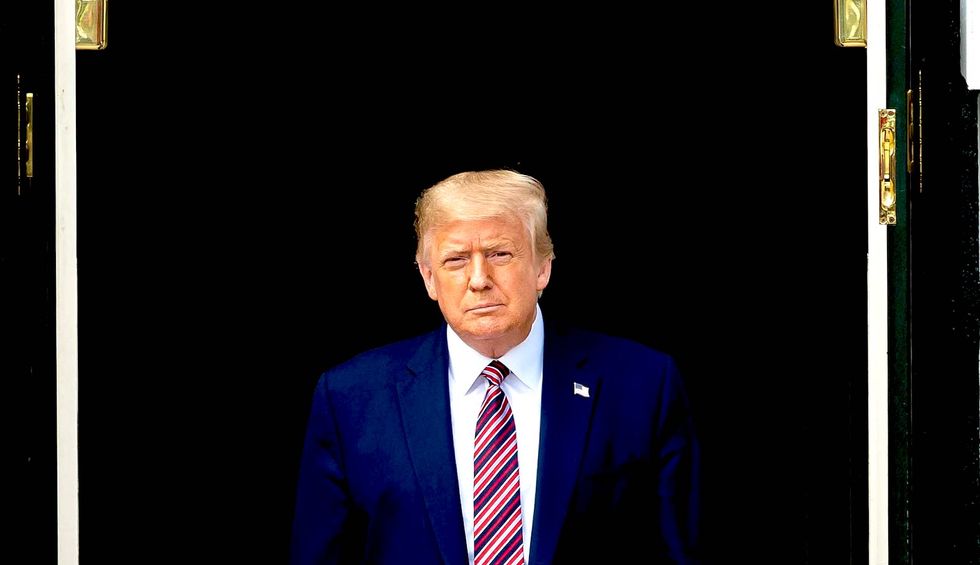 President Donald J. Trump walks from the White House to deliver remarks at the Rolling Back Regulations to Help All Americans event Thursday, July 16, 2020, on the South Lawn of the White House. (Official White House Photo by Delano Scott)
Jake Johnson
and
Common Dreams
August 07, 2020 Economy

With congressional negotiations over the next Covid-19 stimulus package still at an impasse, Trump told reporters Thursday that executive orders to suspend the payroll tax, extend boosted unemployment benefits, and reestablish an expired eviction moratorium are "being drawn now" despite questions over whether the president has the authority to unilaterally take any of those actions.

Trump said he expects to sign the orders "tomorrow afternoon or maybe the following morning" if White House negotiators and Democratic leaders don't reach a deal. Both Democrats and Republicans in Congress have rejected the idea of cutting the payroll tax, the primary funding mechanism for Social Security.

Richard Fiesta, executive director of the Alliance for Retired Americans, said in a statement that "after learning that Democratic and Republican congressional leaders would not go along with his harebrained scheme to cut Social Security's dedicated funding source, President Trump lashed out and announced he would begin dismantling the system single-handedly."

"Seniors pay for their housing, food, and medicine with their Social Security, putting $1 trillion into our economy every year," said Fiesta. "Older Americans have earned their benefits through a lifetime of work. Their retirement security should not be put at risk because President Trump is mad at Congress for not bending to his will."

The group's 4.4 million members, he vowed, "will fight this attempt to gut Social Security."

Progressive advocacy group Social Security Works tweeted Thursday that suspending collection of the payroll tax is "defunding of Social Security, as a first step to cutting our earned benefits."

"And doing so by executive order is unconstitutional," the group said.