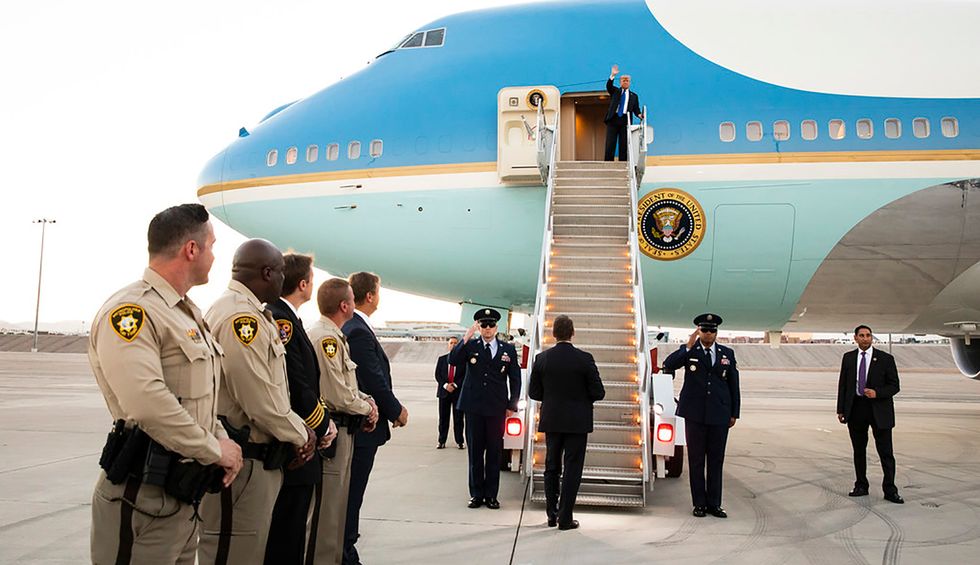 In a Monday morning tweet attacking Nevada's proposed expansion of mail-in voting as "an illegal late night coup," President Donald Trump once again openly admitted that increasing access to the ballot amid the Covid-19 pandemic poses a dire threat to the Republican Party's ability to win elections.

"Nevada's clubhouse governor made it impossible for Republicans to win the state," Trump wrote, referring to the Nevada State Senate's passage Sunday of legislation that would send every active registered voter a mail-in ballot ahead of the November elections. Nevada Gov. Steve Sisolak, a Democrat, is expected to sign the bill.

"Post Office could never handle the Traffic of Mail-In Votes without preparation," continued Trump, whose administration, critics warn, is currently attempting to sabotage and undermine the U.S. Postal Service.

"Using Covid to steal the state," the president added. "See you in Court!"

As Common Dreams reported in May, the Republican National Committee and right-wing advocacy groups are spending millions on lawsuits combating state efforts to expand mail-in ballot access as a safe alternative to in-person voting during the coronavirus pandemic.

Trump's tweet Monday was just his latest baseless attack on vote-by-mail expansion, which the president has repeatedly claimed—without evidence—will lead to a surge in voter fraud and cost him the presidential race.

Contradicting the narrative pushed by the president and the GOP, Nevada's Republican Secretary of State Barbara Cegavske told state lawmakers last week that her office is not aware of any voter fraud from the state's June primary, which was conducted largely by mail.

William McCurdy II, chair of the Nevada State Democratic Party, said in a statement Sunday that Trump's "protestations against mail-in voting represent an utterly hypocritical attempt to deny Nevadans the same rights" he and members of his administration have exercised repeatedly in past elections.

"Trump and his allies have always been motivated by partisanship, even at the expense of American lives," said McCurdy. "That he would threaten Nevada Democrats' work to protect voting access through a crisis of his own making is both despicable and par for the course. But Democrats will not be intimidated. We stand with Nevadans and will do the necessary work to ensure every eligible voter can participate easily and safely in what will surely be the most important election in a lifetime."