'This is a big deal': Iowa governor ends voting ban for people with felony convictions 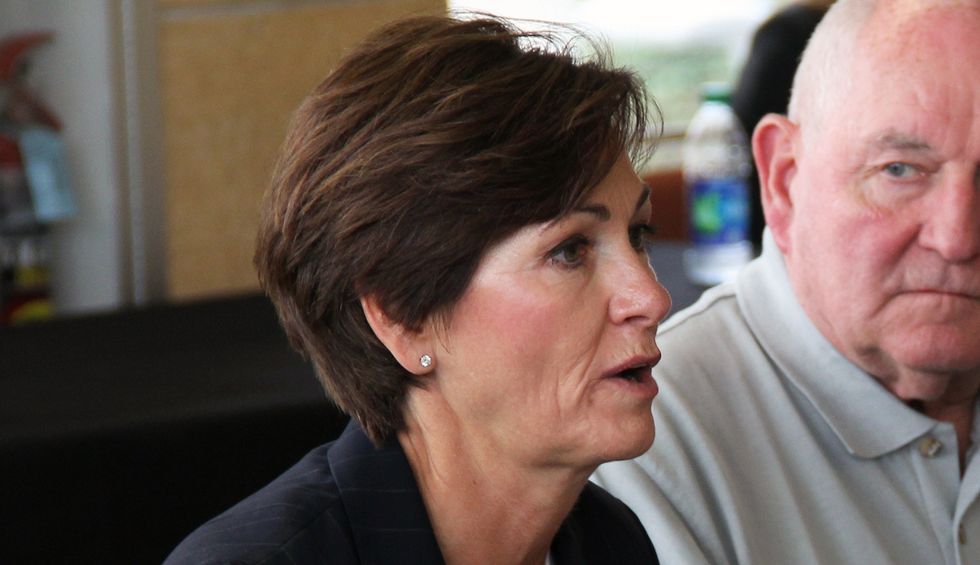 In a development heralded as "a historic sea change," Iowa Gov. Kim Reynolds signed an executive order on Wednesday overturning the state's policy of permanently banning those with felony convictions from voting.

"Today we take a significant step forward in acknowledging the importance of redemption, second chances, and the need to address inequalities in our justice system," said Reynolds, a Republican, whose order (pdf) is expected to restore voting rights to roughly 40,000 people.

Vanita Gupta, president and CEO of The Leadership Conference on Civil and Human Rights, welcomed the order.

"This is a big deal," Gupta tweeted. "Iowa was the last remaining state that permanently and categorically banned people with former convictions from voting."

Previously, those who'd completed felony sentences had to individually appeal to the governor for possible re-enfranchisement.

Eliza Sweren-Becke, voting rights and elections counsel at the Brennan Center for Justice, responded similarly to the order, tweeting, "This is a HUGE—now NO state in the country has a policy of permanently and categorically banning people from voting because of past convictions—a historic sea change."

This marks a new era – now no state has a policy of permanently and categorically banning people with former convictions from voting.
— Brennan Center (@Brennan Center) 1596646530.0

The change is also good news for racial justice.

"This action will benefit people regardless of race or ethnicity, but with the grave racial disparities in our criminal justice system, it will very significantly benefit African Americans and other people of color," Betty C. Andrews, president of the Iowa-Nebraska NAACP, said in a statement.

Reynolds' order restores voting rights to felons who have completed their sentence, including probation, parole, and special sentences that are associated with sex offenses. Reynolds' order does not require payment of victim restitution or any other fines or fees as a condition of being able to vote, a point of contention in Florida that has been caught up in court.

The order doesn't cover those convicted of felony homicide offenses—an exclusion lamented by ACLU of Iowa executive director Mark Stringer, who said his group would "continue to work to ensure that all Iowans who have completed their sentences can once again participate in the democracy that so profoundly affects them."

Voting rights advocates also recognized that Wednesday's win could be easily yanked away—they saw that happen in 2011 when then-Gov. Terry Branstad rescinded a 2005 executive order that had restored voting rights to Iowans who had completed sentences for felony convictions.

As such, said Stringer, "it's important that we continue to pursue a more permanent fix to the problem of felony disenfranchisement in our state. Another governor could issue a different executive order to reverse this current executive order."

"That's why we'll continue to advocate for an amendment to the Iowa Constitution," he said.