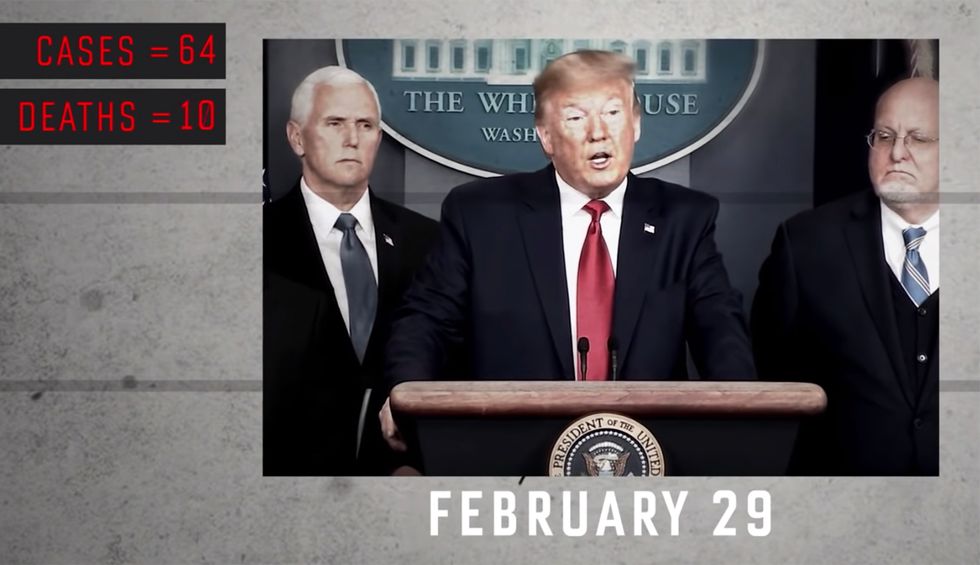 On Saturday, The Guardian profiled The Lincoln Project — the group of disaffected Republican strategists who have turned against their former party and are releasing a string of needling ads attacking President Donald Trump.

“In their launch manifesto, published as a column in the New York Times, the founders said their goal was ‘defeating President Trump and Trumpism at the ballot box’, including his Republican supporters in Congress,” reported Richard Wolffe. “To that end, they said their efforts were about “persuading enough disaffected conservatives, Republicans and Republican-leaning independents in swing states and districts” to defeat Trump and elect congressional majorities opposed to Trumpism.”

According to executive director Sarah Lenti, one of the ways this is accomplished is by sharing testimonials from anti-Trump Republicans up and down the ballot, who GOP voters respect and listen to — in the hope that just enough of them will be persuaded against Trump to cost him the election. But another big part of the strategy, she said, is to provoke Trump himself into melting down until the voters tire of him.

“Some of these ads have an audience of one,” she said. “That’s always been part of the strategy. Because every time he gets off message, spewing grievances, he’s not campaigning. The idea is to get him off message again and again and again. It bothers him. We hear from people inside the White House that he wants them to make us go away. But we’re not going away.”

This is part of why their ads, which target Trump on a personal level, air in Washington, D.C. — even though Democrats are assured to win the district, it ensures Trump will see the ads, and react to them.