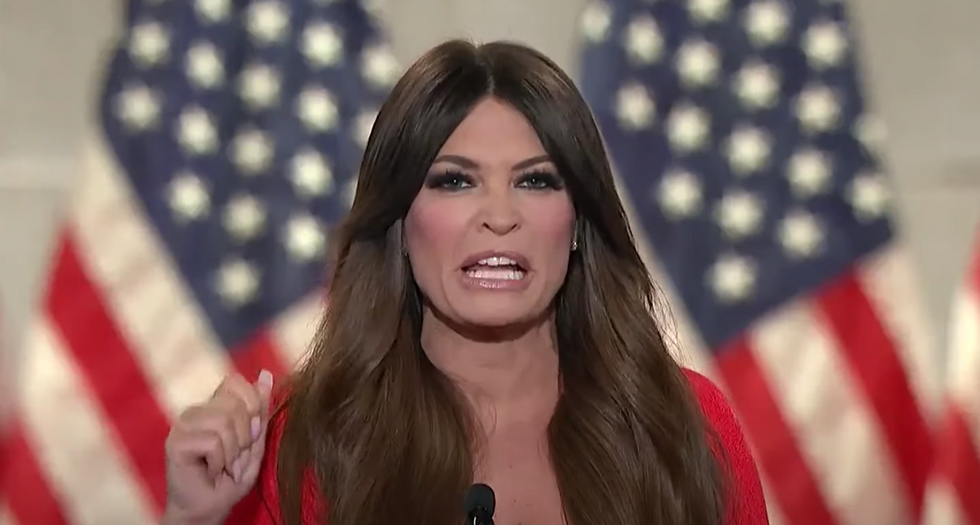 Last week, Republicans panned the Democrats for portraying the United States in 2020 in unrealistically bleak terms. This week, they kicked off their own convention with a series of speakers who warned that if Joe Biden, a moderate, were elected, the country would be reduced to a smoldering dystopia with violent mobs streaming out from burning, syringe-strewn cities to roam the suburban wastelands wreaking havoc on upstanding (white) Americans.

Clearly, someone involved in planning the event understood that Trump, who's at 42 percent in FiveThirtyEight's average and trailing Joe Biden by 9 points, needed to speak to people beyond his hardcore base. RNC Chair Ronna McDaniel and former South Carolina Governor Nikki Haley both sought to portray Trump as a man who's capable of empathy in private situations. A somewhat awkward "listening session" in which Trump chatted with first responders did the same. But the overarching theme of the night was dark. It was a pitch to a base that's already firmly with Trump, when they needed to persuade less attached voters who are leaning toward Biden to give their guy another look. After the curtains fell, most of the cable TV pundits appeared to be flummoxed by this approach.

It only makes any sense at all in light of Team Trump's insistence that there are a large number of "shy" Trump supporters whose preferences aren't being captured by the polls. According to this narrative, a significant share of Trump's voters are either too embarrassed to tell a pollster that they back the incumbent or are too afraid of being attacked for expressing their opinion to participate in surveys. Many Republicans claim that this group represents a "silent majority" that will deliver a surprise Trump win in November.

If that story were true, it would mean that Trump's true base, much of it hidden from sight, is actually larger than Biden's. And if that were true, motivating them to turn out by scaring the bejesus out of them might be a sound strategy.

Trump's problem is that the shy Trump voter is almost certainly a mythical creature (at least in numbers large enough to matter). Biden's lead in polls conducted by live interviewers is a little larger than it is the averages, which include automated polls. If people were too shy to tell a real person that they were supporting Trump, one would think they wouldn't have the same problem pressing a button on their phone to indicate their preference, and Biden's lead in live-caller polls wouldn't be greater than it is in robo-polls.

So it was a night programmed around a disconnect. And there are a couple of possibilities about why that might be. Either Trump and his advisors are so deeply ensconced in the conservative media bubble that they actually believe their own spin, or they are just incapable of pursuing any strategy other than firing up the base. Their boss is, after all, a micro-manager who has never shown any interest in appealing to voters who don't watch Fox News.

Either way, it's another example of how Trump is running one of the worst campaigns in modern history.