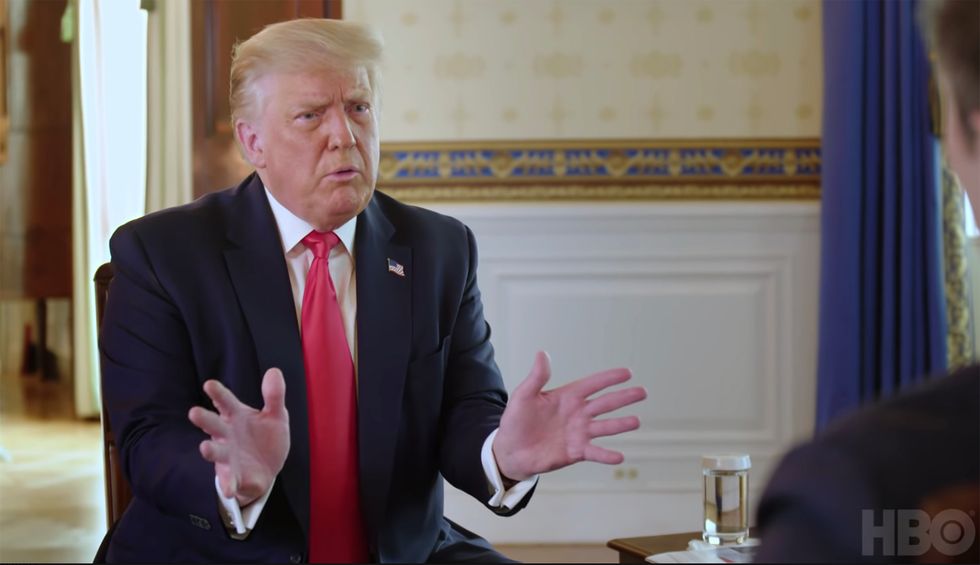 President Donald Trump has had a lot to say about “suburban housewives” in July and August, arguing that all hell will break loose in suburbia if his Democratic opponent, former Vice President Joe Biden, defeats him in the 2020 presidential election. But journalist Inyoung Choi, in an article published in Business Insider on August 25, reports that disdain for Trump is widespread among suburban women — including some who voted for him in 2016.

Choi notes that in a Marist poll released in late June, 66% of suburban women disapproved of Trump’s performance as president — and that in July, more polls showed Biden with an advantage among suburban voters. Quinnipiac, for example, found Biden to have a 22% advantage over Trump among suburbanites, while an NPR/PBS poll showed that advantage to be 25%.

The Suburban Housewives of America must read this article. Biden will destroy your neighborhood and your American D… https://t.co/ufn2RFsvJU
— Donald J. Trump (@Donald J. Trump)1595530000.0

I am happy to inform all of the people living their Suburban Lifestyle Dream that you will no longer be bothered or… https://t.co/mAXfVohaPT
— Donald J. Trump (@Donald J. Trump)1596039595.0

Business Insider spoke to some suburban women who are supporting Biden over Trump, including Ohio resident Julia Womack — who lives in the Cincinnati suburbs and has been active in a group called Red, Wine & Blue. Choi describes it as “a social and political group to mobilize women in the suburbs, many of whom do not have a political background.”

Womack is critical of Trump for promoting racism, and Red, Wine & Blue’s founder, Katie Paris, told Business Insider that when Trump speaks of “suburban housewives,” he is “describing someone who no longer exists.”

Similarly, Dolores Hayden, a professor at Yale University, told the publication that Trump “really doesn't have a good feeling for demographics” when he talks about “suburban housewives” — a 1940s-inspired image of suburban women that recalls a time when “the man was the homeowner, the woman was the consumer, and they were raising their kids in a white suburban setting. But that’s an idea of the 1940s, and that’s really not the way suburbs look today.”

First, suburbs are more racially diverse than they were during the 1940s, 1950s and 1960s. Second, soccer moms aren’t necessarily stay-at-home moms. Tracy Johnson, an African-American Democrat who lives in suburbia in Ohio, told Business Insider, “I’m a ‘suburban housewife’ who doesn’t fit (Trump’s) demographic who he’s reaching out to. It’s blatantly racist what he’s trying to do.”

Another interviewee in Choi’s article is Erin Rosiello, who lives in the Cincinnati suburbs and is running as a Democrat for a seat in the Ohio House of Representatives. Rosiello voted for Trump in 2016 but regrets it now and is supporting Biden — and one of the reasons is Trump’s war on the Affordable Care Act of 2010, a.k.a. Obamacare. Rosiello has undergone chemotherapy for lung cancer and said that the “little piece that’s left” of the ACA has “kept me alive.”

Rosiello told Business Insider, “I still fear every day that he’s going to pull the plug on ACA, which will take away preexisting coverage — which would cost me my life.”

Discussing her vote for Trump in 2016, Rosiello explained, “I made a horrible mistake — so much so that I’m willing to run for office in this very tumultuous time.”