‘She crushed you’: Internet piles on Trump for snarling tweet aimed at Michelle Obama 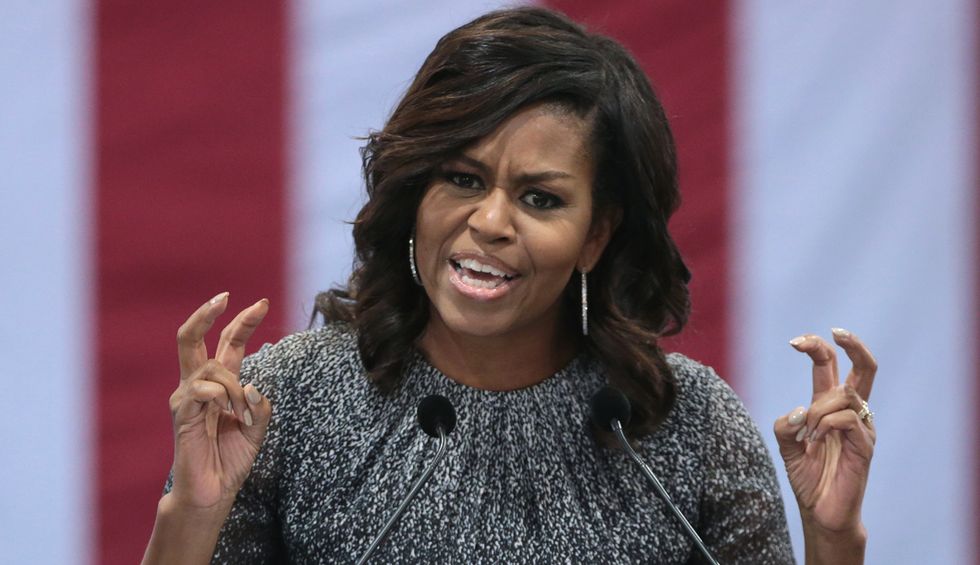 First Lady of the United States Michelle Obama speaking with supporters of former Secretary of State Hillary Clinton at a campaign rally at the Phoenix Convention Center in Phoenix, Arizona, photo via Gage Skidmore.
Tom Boggioni
and
Raw Story
August 18, 2020

Donald Trump on Tuesday attacked former first lady Michelle Obama, who closed the first night of the 2020 Democratic National Convention to wild praise for her speech — including from Fox News personalities.

Responding to the popular first lady, that president condescendingly wrote, “Somebody please explain to Michelle Obama that Donald J. Trump would not be here, in the beautiful White House, if it weren’t for the job done by your husband, Barack Obama,” after three years of mostly avoiding addressing a woman who is considered one of the most popular personalities in America.

Needless to say, Twitter commenters let the president know that she scored a hit on him and his days are numbered in office, with one person stating: “She pushed you in a locker and shut the door.”

You can see the president tweet and some responses below:

@realDonaldTrump @MichelleObama oh bro, it's going to be a long three days for you
— Jeff Tiedrich (@Jeff Tiedrich)1597748571.0

@realDonaldTrump @MichelleObama You simply can't stand strong women - and if they are Black, they send you into con… https://t.co/oKuiKLpYPN
— 𝓞𝔀𝓷𝓡𝓾𝓵𝓮𝓼 (@𝓞𝔀𝓷𝓡𝓾𝓵𝓮𝓼)1597748784.0

@realDonaldTrump @MichelleObama Doesn't take much to rattle you, does it? #InOverHisHead
— Captain Happy (@Captain Happy)1597750064.0