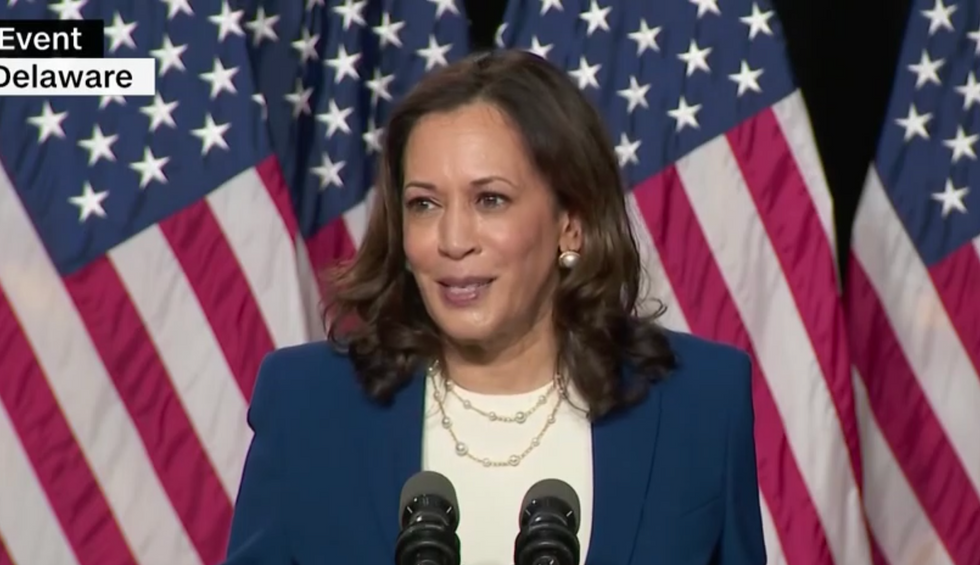 The 2020 presidential election is not only inspiring pundits to make comparisons between President Donald Trump and the Democratic nominee, former Vice President Joe Biden — it is also inspiring comparisons of Vice President Mike Pence and Biden’s running mate, Sen. Kamala Harris of California. Conservative Washington Post opinion writer Jennifer Rubin makes some Pence/Harris comparisons in her August 28 column, arguing that while Harris brings a lot of substance and depth to the Democratic ticket, Pence merely serves as Trump’s yes-man.

Harris, Rubin writes, “has not only demonstrated Biden’s solid judgment in picking her, but has also entirely overshadowed Vice President Pence — and to some extent, President Trump. She has brought energy, flare and enthusiasm to the Democratic ticket. Pence, meanwhile, seems to be a downer.”

“Well, you might say, no one changes their mind based on the convention or on the vice president,” Rubin writes. “Perhaps, but if one candidate can draw bigger audiences, bigger campaign donations  — the Biden team has been raking it in since Harris was named — and bigger numbers of volunteers and activated voters, that is certainly an advantage.”

Rubin goes on to offer some more reasons why she believes that Harris brings a lot more to the Democratic ticket than Pence brings to the GOP ticket, saying, “Pence arguably spends so much time trying to make Trump feel better about his standing in the election that he cannot admit Americans’ suffering, let alone seek to comfort them. The vice president’s stiff, robotic delivery does not stir emotion — other than mild annoyance and boredom. Harris, however, has the ability to project warmth and talk to ordinary Americans, not solely to her boss, as Pence so unctuously does.”

The conservative writer concludes her column by arguing that Harris, unlike Pence, doesn’t fade into the background.

“After this week, we have plenty of evidence that Harris is more than carrying her weight, helping to amplify her running mate’s message,” Rubin writes. “She makes voters feel seen. Pence? He brings virtually nothing to the table.”