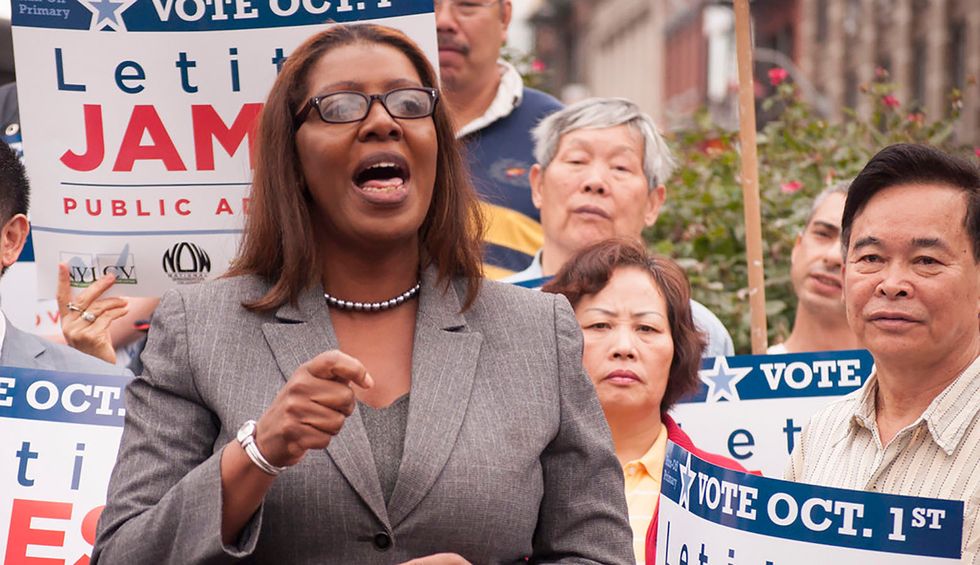 The Attorney General of the State of New York announced Thursday she is suing the National Rifle Association for fraud, and calling for the organization to be dissolved, according to The Washington Post‘s Carol Leonnig.

“The chief executive of the National Rifle Association and several top lieutenants engaged in a decades-long pattern of fraud to raid the coffers of the powerful gun rights group for personal gain, according to a lawsuit filed Thursday by the New York attorney general, draining $64 million from the nonprofit in just three years,” The Post reports.

New York State Attorney General Letitia James “called for the dissolution of the NRA and the removal of CEO Wayne LaPierre from the leadership post he has held for the past 39 years, saying he and others used the group’s funds to finance a luxury lifestyle.”

The lawsuit claims NRA chief Wayne LaPierre recently arranged a $17 million golden parachute for himself and did not even seek board approval. It also details patterns of excessive spending, including  private jet travel, luxury vacation, and more than $1 million in reimbursements.

“LaPierre also spent $3.6 million of NRA money for private travel consultants to arrange private jets and executive car service for his and his family’s use over just two years, the suit says.”