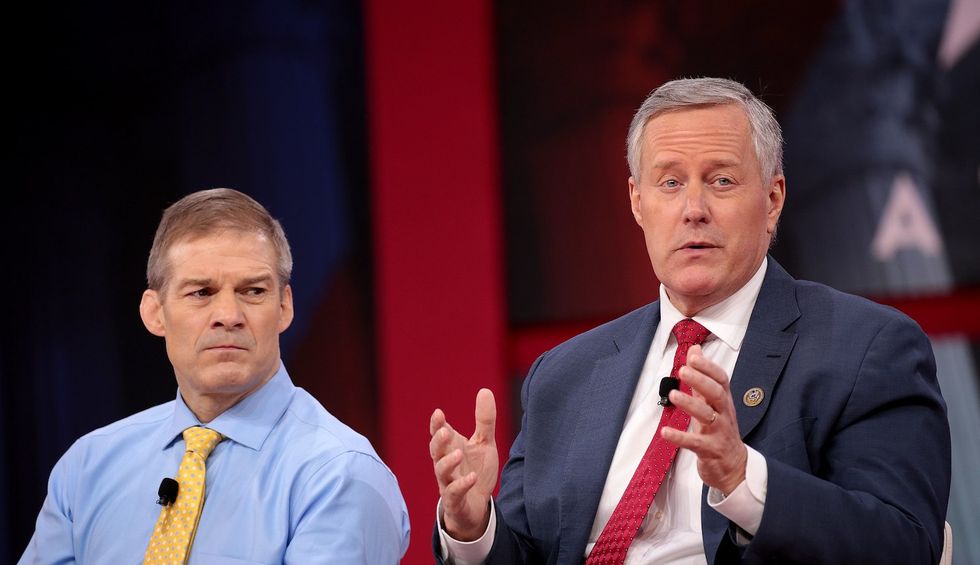 The White House chief of staff is one of the most powerful jobs in a presidential administration. According to Chris Whipple, author of "The Gatekeepers: How the White House Chiefs of Staff Define Every Presidency," the "responsibilities of the chief of staff are both managerial and advisory and can include the following duties":

One would expect that such a job would require someone with managerial experience and a knowledge of government functions, as well as the trust of the president and other powerful political players. It's obviously a tough, demanding position.

President Trump has gone through almost as many chiefs of staff in three and a half years as Barack Obama did in two terms. His first was former Republican National Committee chair Reince Priebus, who was in so far over his head he didn't make it past the first six months. He was replaced by retired Gen. John Kelly, who had first been appointed as Trump's secretary of homeland security. The hope was that a skilled leader with management experience could instill discipline and tame the palace intrigue, but in the end, Kelly found that Trump was uncontrollable and all else flowed from that so he was out as well.

Then came the former Tea Party congressman from South Carolina, Mick Mulvaney, who had been serving simultaneously as head of the Office of Management and Budget and the Consumer Financial Protection Bureau. (Multiple appointments, often of people who serve only in an "acting" capacity, are a hallmark of the Trump administration.) This past spring, with the coronavirus pandemic raging in the Northeast, Trump lost faith in Mulvaney too and he was "moved" to the job of special envoy for Northern Ireland. His replacement was another Republican congressman, former Freedom Caucus leader Mark Meadows of North Carolina. As shocking as this may be, it appears he may be the worst one yet.

Meadows entered Congress in 2012, two years after Mulvaney, and both were part of the Tea Party surge. But while Mulvaney has an impressive CV from Georgetown and the University of North Carolina, practiced law for many years and held statewide office in South Carolina before running for Congress, Meadows was pretty much a cipher before he was elected.

In 2018, Meadows was revealed to have exaggerated his college career — he only received an AA degree rather than a BA, as he had claimed. He ran a restaurant in North Carolina for a while and has owned real estate development companies both in Florida and North Carolina. His previous political experience came as a county-level Republican chairman and as a member of North Carolina's economic development board. That was pretty much it until he ran for Congress eight years ago.

He won that first race in a recently gerrymandered district with little trouble, since he had an R after his name. Meadows roared into Congress carrying the Tea Party banner and started making waves almost immediately. Like the rest of his class, which felt they had a mandate to do everything humanly possible to obstruct the Obama administration's agenda, he became a leader of the right-wing faction that later branded itself the Freedom Caucus.

After being in office for only eight months, Meadows made a name for himself as the author of a letter demanding that the Republican House majority zero out all funding for Obamacare in the must-pass spending bill, threatening to shut down the government otherwise. He got 79 of his colleagues to sign the letter and it squeezed then-Speaker John Boehner into holding a vote on it, which Boehner did not want to do amid already delicate budget negotiations. Meadows was not a team player:

"This type of vote could potentially hurt our long term goals. I understand that," he said. But he said that's not his concern."My job first is to make sure I represent the people back home," Meadows said. "I don't believe that when I get here that people expect me to look at the political implications. That's for somebody else to focus on."For him, getting rid of Obamacare is priority No. 1. "[T]o ignore that would be to ignore our duty to represent the people back home," he said.

He said his constituents wanted him to fight against Obamacare "regardless of consequences." That gambit was just the first of many more attempts to ditch the Affordable Care Act, shut down the government, wreck the U.S. credit rating and otherwise cause untold damage to the country.

Meadows was 100% a creation of the Tea Party at the height of its power. Activists in the movement interviewed him, vetted him and got him elected. His comments above reflected the movement's simpleminded arrogance that represented the final, steep decline of what had once been a functioning political party.

By 2015, Meadows was a major power in the House Freedom Caucus — essentially a creation or offshoot of the Tea Party movement — which successfully ousted Boehner for failing to deliver enough of the Tea Party agenda. He soon became a major thorn in the side of Boehner's successor, Paul Ryan, for exactly the same reason.

So it was somewhat surprising to see Meadows embrace Donald Trump wholeheartedly in 2016, even joining him on stage and leading the crowd in exuberant chants of "Lock her up!" chants. Whatever else Trump may be, he's not much of a Tea Partier. But Meadows made it clear from the beginning that he sees his job as giving his far-right voters exactly what they want, no matter what, and they wanted Trump. It wasn't long before he was backing primary challenges to recalcitrant GOP representatives who failed to show sufficient fealty to the president.

By 2019, Meadows was so deeply bound to Trump that he announced he wouldn't run for re-election and made it known that he would love to be his chief of staff. A few months later the prize was his, and according to this report from the Washington Post he has — unsurprisingly — not only failed to quell the White House chaos but reinforced the president's worst instincts. Meadows reduces everything to partisan politics, is openly contemptuous of scientists, doctors and other experts and eggs on Trump to play hardball no matter what, in the middle of the pandemic crisis and the ensuing economic disaster.

In other words, just as he blindly did the bidding of the Tea Party without regard to the consequences, Meadows is now channeling their new leader, with the same disastrous results for his party and the country. It's ironic that the man who founded a group that was often called the "Caucus of No" has turned out to be the perfect yes-man — the last thing America needs in Donald Trump's White House.