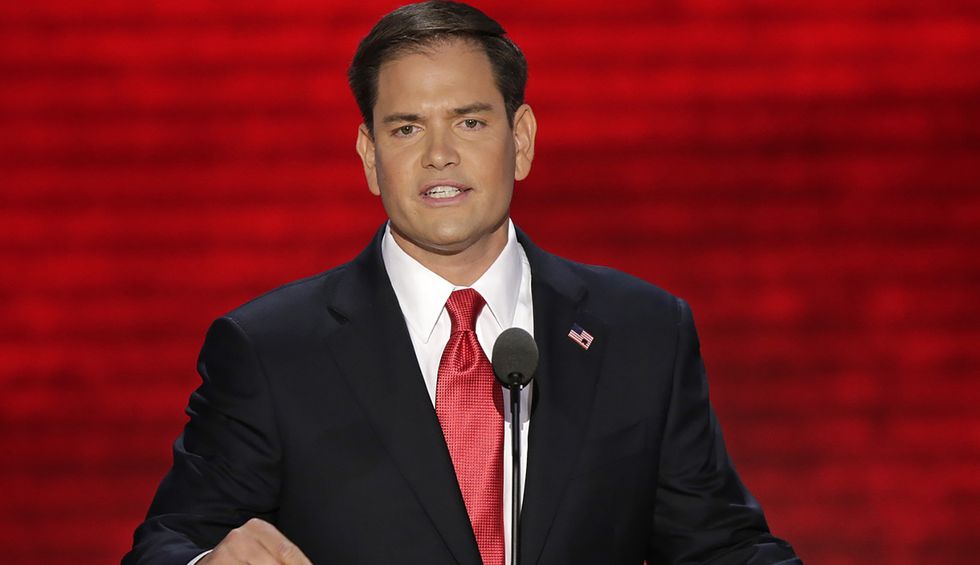 Republican Sen. Marco Rubio of Florida has made a career out of being a wild disappointment. Once every few days, Rubio will come out and say something pathetic and get dragged online for his craven hypocrisy. Since the Democratic Party held the first night of their convention Monday night, it was the perfect time for Rubio to publicly stick his foot in his mouth. Actor and activist Eva Longoria served as the host of last night’s unique virtual convention. If you haven’t been paying attention, the conventions this year are virtual because our terrible president and his administration failed so historically that our country is still in the throes of a pandemic.

Sen. Rubio, figuring that his Republican base might like the old “Hollywood elite” trope in some combination of words, went to his Twitter account to write: “Brilliant move! No one is more in touch with the challenges & obstacles faced by everyday Americans than actors & celebrities.” Oh man! Little Marco! Of course, the man who made his national debut on stage at the Republican National Convention right after famed Hollywood elite conservative Clint Eastwood did a strange chair pantomime seems to be the last person who should be talking about “actors & celebrities.”

There’s also the matter of …

And where have I seen D-List celebrities as spokespeople?

And a final reminder, not that any of us need it.