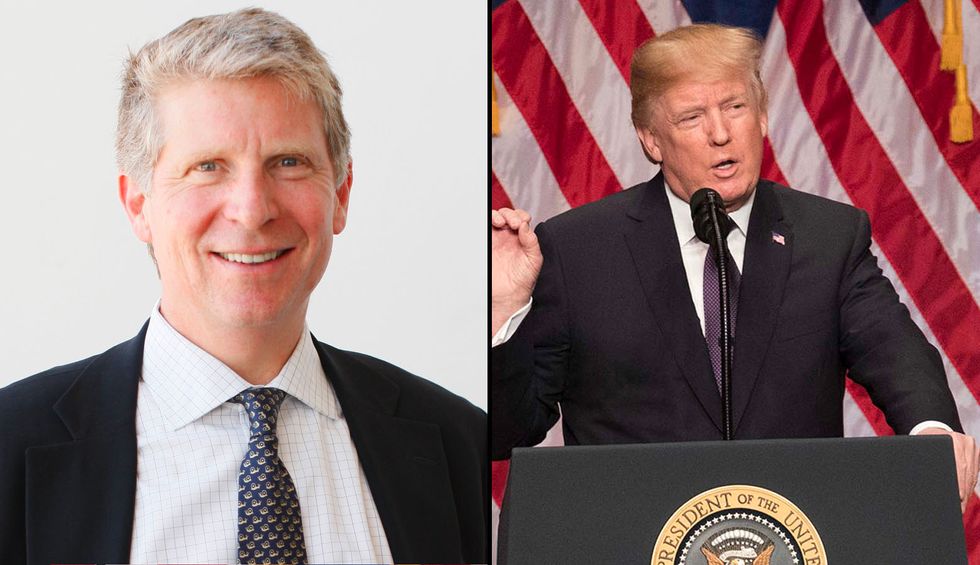 On Monday morning, August 3, the office of Manhattan District Attorney Cyrus Vance filed court papers that — according to the New York Times — indicate that it might be investigating President Donald Trump for possible fraud. Reporter Jerry Lambe examines that court filing in an article for Law & Crime, discussing the Manhattan DA’s pursuit of Trump’s financial documents and the possible scope of its investigation.

“According to several legal experts,” Lambe explains, “the revelation that the contours of the investigation will include bank and insurance fraud likely spelled ‘bad news’ for Trump and his family business.”

Lambe observes, “While prosecutors did not outright confirm the exact parameters of their probe, the filing stated that any argument grounded in the notion that the investigation is limited to hush money payments is baseless. Referencing the New York Times exposé on the Trump family’s alleged multi-decade tax fraud scheme, prosecutors said they had ample evidence of ‘possibly extensive and protracted criminal conduct at the Trump Organization.’”

In his article, Lambe notes what some legal experts have had to say about the court filing by the Manhattan DA’s office. Joyce White Vance, a former federal prosecutor who now teaches law at the University of Alabama and is a frequent guest on MSNBC, tweeted:

The report says Trump & his company. That could be just the corp but it's equally possible other individuals are in… https://t.co/opgzE08Faz
— Joyce Alene (@Joyce Alene) 1596484243.0

Barbara McQuade, a University of Michigan law professor and former federal prosecutor, noted that the court filing indicates that Vance’s investigation of Trump is “broader than hush money.” And McQuade pointed out that Vance’s office has “hired” Walter Dellinger (former assistant attorney general under President Bill Clinton) to appear in court to make arguments in support of subpoenaing Trump’s financial records.

According to CNN legal analyst and former federal prosecutor Elie Honig, the court filing indicates that the Manhattan DA’s office “is focused on specific criminal charges and not just poking around the financials.”

/2 AUSAs REALLY don't like to lose and many will shy away from all but the strongest cases. DAs on the other hand… https://t.co/L4UxXDEroh
— CoronaInItalyHat (@CoronaInItalyHat) 1596481010.0

Attorney Mark Zaid pointed out that according to the Associated Press, the Manhattan DA’s office is looking for evidence of “protracted criminal conduct at the Trump Organization” and tweeted, “The horses have most definitely left the gates and are racing towards the finish line.”

The horses have most definitely left the gates and are racing towards the finish line. "Protracted criminal conduc… https://t.co/y9sesHep5K
— Mark S. Zaid (@Mark S. Zaid) 1596480551.0

'L’état, c’est moi.' How Donald Trump viewed the military as an 'apparatus for personal use': legal expert