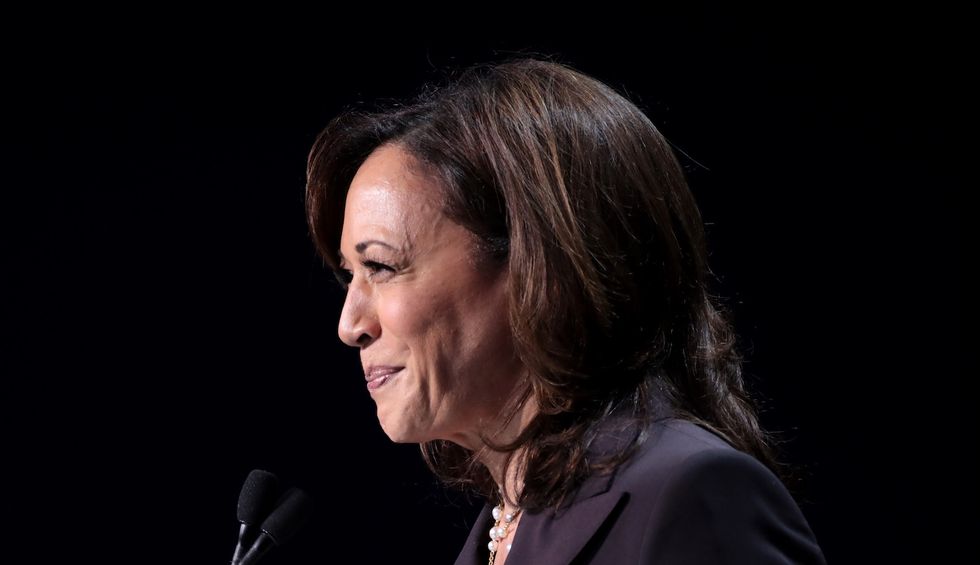 Back when Kamala was Attorney General, she worked closely with Beau. I watched as they took on the big banks, lifte… https://t.co/aVlxdtBzDq
— Joe Biden (@Joe Biden) 1597177052.0

It's a historic pick for multiple reasons. Harris will be only the third woman to appear as a vice presidential candidate for a major party. She is also the first person of African-American and Indian heritage to serve in the role.

She has long been seen as the leading candidate for the position. She was a strong candidate when she entered the 2020 Democratic primaries, though arguably, she under-performed expectations. While she has skill as a performer on the political stage, her most notable actions often lacked follow-through. She came out initially as a bold defender of Medicare for All, but then backed away from that position when the details came under scrutiny. And she leveled a powerful attack against Biden himself in one of the early debates for his past comments on busing policies to fight school segregation; but when pressed, it turned out that she didn't actually have an affirmative busing policy that differed from the form vice president.

Her past as a prosecutor also drew criticism. She rose to prominence as the attorney general of California, and many argued that her conduct in that role is out of step with where the Democratic Party needs to be on criminal justice. Others have defended her history, though, arguing that she was progressive compared to her peers.

But there are many reasons she was considered the most plausible pick for Biden. She knows how to carry herself on the national stage, and she has been subjected to significant media vetting during her presidential campaign — making it less likely that a surprise will rock Biden's path to the White House. And though her campaign had its missteps, she improved as a candidate as she moved along, proving herself to be an intelligent, savvy politician, even if she couldn't defeat her competitors. She also, wisely, ended her campaign significantly earlier than many candidates who performed far worse, perhaps preserving her standing and dignity enough to become a plausible and compelling vice presidential pick.

And it is hard to overstate the importance of the decision to make her Biden's running mate. If elected, Biden will be 78 when he takes office. It's quite plausible that his vice president may have to take over the presidency from him for any number of reasons before even his first term is up. And if he chooses not to run for re-election, or makes it through a full two terms, Harris will likely be seen as a leading candidate to be his successor. That is, after all, how Biden himself became the Democratic nominee. Now, he may have chosen the Democratic Party's next de facto leader.