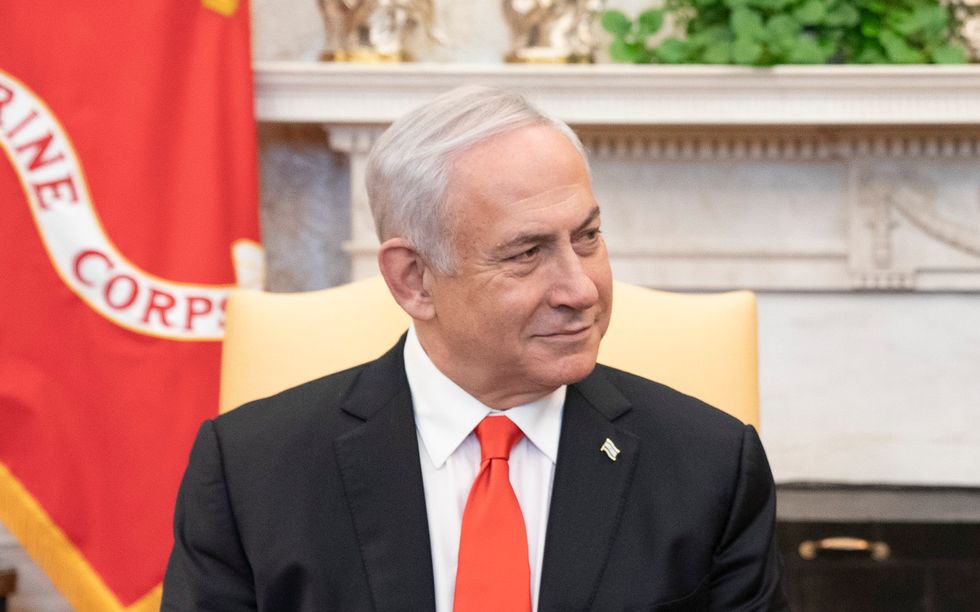 On July 1, Israeli Prime Minister Benjamin Netanyahu promised he would annex part of the Jordan Valley. He did not, but he may still do so before U.S. elections in November and while President Donald Trump is still in office. It could be his legacy.

Trump’s challenger, former vice president Joseph Biden, has joined the chorus of world leaders who object to the annexation, arguing that what little remains of a two-state solution would be finished, legally, but he said he would continue U.S. aid to Israel. Even if Netanyahu annexes a small piece of the area, the argument would be the same. The amount would be irrelevant.

So why may Netanyahu do this? Because he can. There is no discernible internal opposition should he call another election, despite allegations of fraud in an upcoming trial in December and a climbing coronavirus infection. The prime minister ignores as much as possible his main competitor, General Benny Gantz, who is part of his government.

Annexation means declaring sovereignty over about a third of the West Bank, which is already under Israeli military control. It would include 97 kilometers or about 60 miles along the border with Jordan. King Abdullah of Jordan has threatened Israel with “massive conflict” if the annexation plan is instituted, including having an impact on the Israeli-Jordanian 1994 peace treaty.

But President Donald Trump has other things on his mind. He and Netanyahu are facing life-and-death issues. Both are immersed in the coronavirus pandemic; both face daily demonstrations.

By July 11, Haaretz said that Israel’s Health Ministry had reported about 37,000 COVID-19 cases and that, according to the World Health Organization, it had the third-highest daily coronavirus infection rate in comparison to European nations. By the end of July, Israel had 70,036 cases and 500 deaths.

“The surging protests are a direct outgrowth of the government’s failure to prevent the alarming resurgence of the coronavirus epidemic and, more pertinently, its dismal economic assistance packages,” wrote Chemi Shalev, the U.S. editor for Haaretz.

President Trump is certainly not focused on annexation, although he is assumed to be in favor of it and is expected to give Israel the go-ahead. Many Evangelicals, who back Trump, support the action, but he is expected to lose the Jewish vote. In 2016, more than two-thirds of Jewish Americans backed the candidacy of Hillary Clinton.

‘Deal of the Century’

In theory, the annexation in the Jordan Valley is part of the plan that Trump adviser Jared Kushner unveiled a year ago as the “deal of the century.” Kushner envisaged Arab nations pouring millions or billions to prop up the living standards of the Palestinians. Despite a tendency to support Israel among Gulf nations as a bulwark against Iran, money is not streaming in.

In protest of Israel’s planned annexation, the Palestinian Authority (PA) stopped security cooperation with Israel, impairing police and intelligence work that benefited both sides. According to the New York Times, the PA “stopped accepting taxes collected on its behalf by Israel, and in the resulting budget crisis, most officers are receiving only partial pay.”

On July 7, two joint statements—one by the foreign ministers of Egypt, France, Germany and Jordan, and another by foreign ministers of seven Arab states and the secretary-general of the Arab League—stressed their opposition to the move. British Prime Minister Boris Johnson on June 16 told the House of Commons that the Israeli proposal was a “breach of international law.”

Leading the protest was António Guterres, the secretary-general of the United Nations. He told the UN Security Council in a teleconference in June: “If implemented, annexation would constitute a most serious violation of international law, grievously harm the prospect of a two-State solution and undercut the possibilities of a renewal of negotiations.”

Who Cares for Palestinians?

Now that the Trump-Kushner plan is stalled, the UN Relief and Works Agency (UNRWA) is reverting to its mission after months of scandal in 2019 and the resignation of its former director. Contributions halted, but they are picking up again, mainly from European nations and non-governmental organizations. The Trump administration, which had contributed $360 million annually before, reduced its contribution to $60 million in 2018 and zero in 2019, prompting cuts in the agency’s operation.

The UNRWA was established in 1949 to aid Palestinian refugees. In 2020, it aims to provide assistance to 5.6 million Palestinians in Jordan, Lebanon, Syria, the West Bank and the Gaza Strip. This includes education, health care, social services and other forms of aid. The Associated Press reports:

“Agency Director-General Philippe Lazzarini told reporters following a virtual fundraising conference that despite the ‘very strong expression of support’ by international donors ‘we are still in the dark and we do not know if our operations will run until the end of the year.’

“He said the donations covered only a fraction of the roughly $400 million budget gap the agency is facing.”

Evelyn Leopold is a writing fellow and correspondent for Globetrotter, a project of the Independent Media Institute. She is an independent journalist based at the United Nations as resident correspondent. She was bureau chief for Reuters at the UN for 17 years, and is chair of the Dag Hammarskjöld Fund for Journalists. She was awarded a gold medal in 2000 for UN reporting by the UN Correspondents Association.