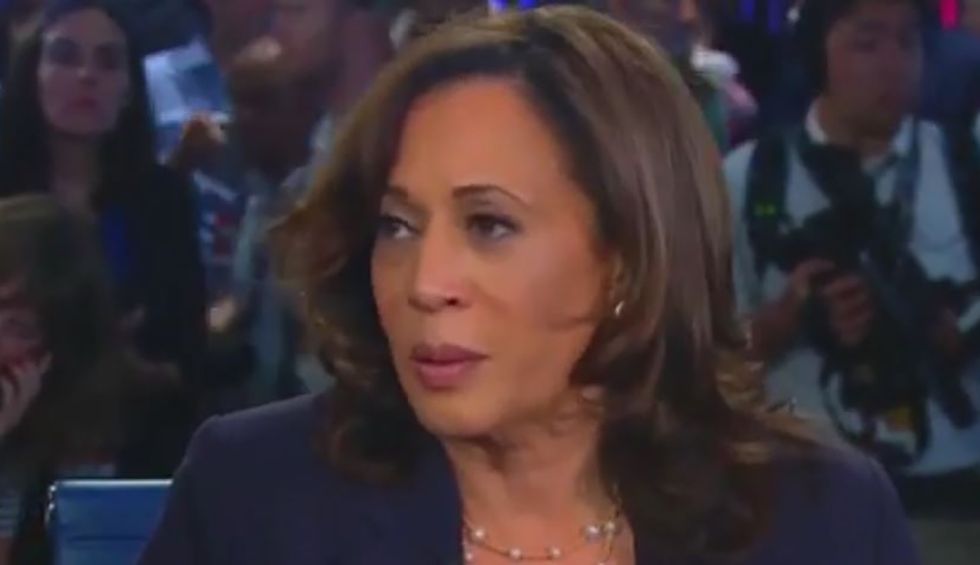 When former Vice President Joe Biden announced that he had chosen Sen. Kamala Harris of California as his running mate, it wasn’t hard to predict that he would resort to both racism and misogyny in attacking her — and sure enough, Trump has been doing exactly that. Journalist Margaret Carlson, in an op-ed for the Daily Beast, stresses that Trump’s attacks on Harris are exactly the type of bigotry one expects from him and underscore his issues with “strong women” — especially if they aren’t white.

Describing some of Trump’s anti-Harris insults, Carlson writes: “What a disappointment Kamala Harris is — not to the progressives who are falling in line, if not in love — but to Donald Trump, who has no strong women around him and knows little about the type, except that he can’t really stand them…. For Harris, he dredged up ‘meanie’ (to his people and to Joe Biden, no less), ‘power-hungry’ (she broke the last glass ceiling on open ambition), and, his fallback insult for women, ‘nasty.’ Every time he hurls that one, another swing voter gets her wings and flies into a Democrat’s arms. Our cruel-nicknamer-in-chief also took ‘madwoman’ and ‘angry’ out for spins until aides told him to drop the loaded terms.”

In addition to his sexism, Carlson adds, Trump quickly resorted to racism after learning that Biden had chosen Harris.

“Going back to his ‘birther’ roots,” Carlson notes, “Trump amplified a debunked theory about how maybe Kamala wasn’t really American, and thus, (not) allowed on the ticket.”

The journalist contends, however, that Trump’s attacks on Harris could hurt his campaign more than they hurt Biden’s.

“Trump’s going to need a bigger boat to harpoon Harris, with the Democratic ticket bringing in a record breaking $26 million in 24 hours of her joining it, including contributions from 150,000 first-time donors,” Carlson explains. “Like Ginger Rogers, Kamala can do everything Donald does — only backwards and in her beige high heels. She has an infectious joy, and if that’s too Hallmark card, a cheerful optimism that government can be a force for good again.”

Carlson adds that the only women Trump gets along with are sycophants. For example, he praised extremist Marjorie Taylor Greene, who won a GOP congressional primary in Georgia earlier this week — and who Carlson accurately describes as a “QAnon-pledging, minority-hating conspiracist nut.”