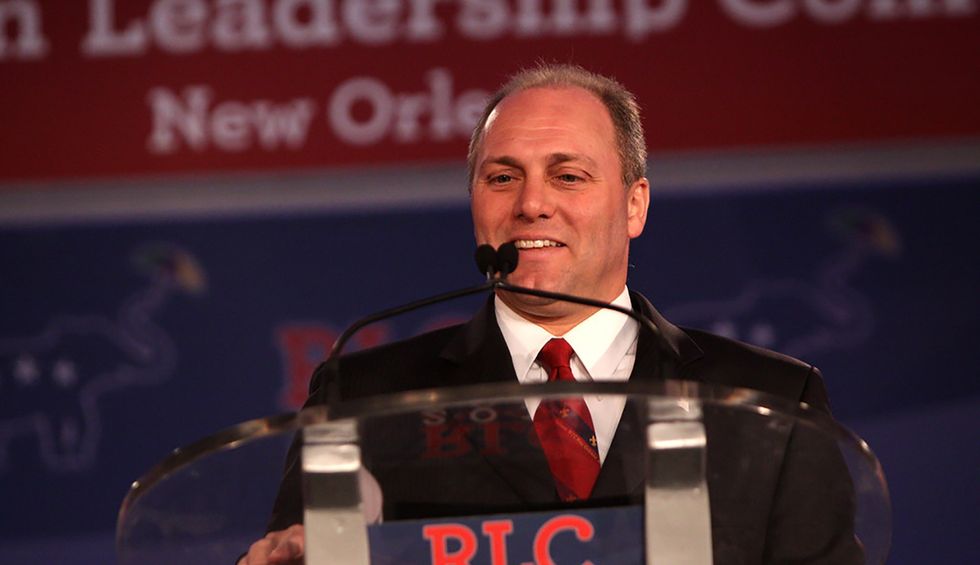 A January 2020 memo to all House members from the Ethics Committee may mean that Rep. Steve Scalise (R-LA) is in trouble for the deep-fake video that he posted online this weekend.

Scalise was outed for doctoring a video of ALS healthcare activist Ady Barkan and using computer audio to change the comments Barkan said in a video with Vice President Joe Biden.

As the Washington Post‘s Dave Weigle pointed out, Barkan uses a voice assistance device to speak. He commented about Vice President Joe Biden’s comments about “re-directing” public safety funding to social workers and mental health experts, something police have actually requested because it typically isn’t crime-related, and they aren’t trained to handle such mental health crises.

Deep fakes are against the ethics rules in Congress, and posting it will likely mean an ethics investigation.

“However, intentional distortions of audio and/or video representations can be far more damaging. Members have a duty, and First Amendment right, to contribute to the public discourse, including through parody and satire. However, manipulation of images and videos that are intended to mislead the public can harm that discourse and reflect discreditably on the House. Moreover, Members or the staff posting deep fakes “could erode public trust, affect public discourse, or sway an election.” Accordingly, Members, officers, and employees posting deep fakes or other audio-visual distortions intended to mislead the public may be in violation of the Code of Official Conduct. Prior to disseminating any image, video, or audio file by electronic means, including social media, Members and staff are expected to take reasonable efforts to consider whether such representation are deep fakes or are intentionally distorted to mislead the public.”

Early next week, Americans will likely learn if there will be an investigation of Scalise over the deep fake video from the Ethics Committee.