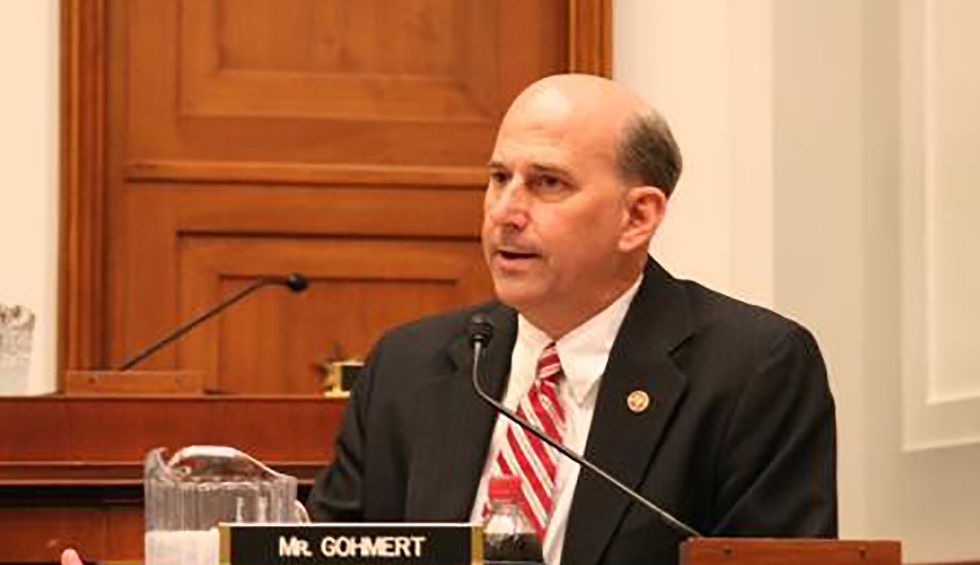 Gohmert had refused to wear a mask for months before contracting the disease. After testing positive, he attempted to claim that he got sick by incorrectly wearing a mask.

"Wearing a mask is a non-partisan issue," Brooks, who is a musician, posted under her stage name BELLSAINT. "The advice of medical experts shouldn't be politicized. My father ignored medical expertise and now he has COVID."

Brooks said it has been a "heartbreaking battle," because "I love my dad and don't want him to die."

She appeared to blame Trump for her father's refusal to listen to doctors.

"Please listen to medical experts," she wrote. "It's not worth following a president who has no remorse for leading his followers to an early grave."

Gohmert has rejected any semblance of medical advice. In addition to blaming masks for his infection, he claimed to be taking the unproven drug treatment of hydroxychloroquine.

"It is what was decided as the best course of action between my doctor and me--not by government bureaucrats," Gohmert wrote on Twitter last week.

I am taking #Hydroxychloroquine to treat my coronavirus diagnosis. It is what was decided as the best course of act… https://t.co/bm5yXZHMjg
— Louie Gohmert (@Louie Gohmert) 1596227817.0

The Food and Drug Administration revoked its emergency authorization for hydroxychloroquine after studies repeatedly showed it was not effective in treating the coronavirus and was linked to serious side effects.

Brett Giroir, the assistant secretary for health at the Department of Health and Human Services, told NBC News on Sunday that doctors should not prescribe the drug to treat the virus.

"There may be circumstances — I don't know what they are — where a physician may prescribe it for an individual, but I think most physicians and prescribers are evidence-based and they're not influenced by whatever is on Twitter or anything else," he said. "And the evidence just doesn't show that hydroxychloroquine is effective, for now. I think we need to move on from that and talk about what is effective."

Chuck Todd: "The president continues to advocate for hydroxychloroquine. Is that a danger to public health?" Assis… https://t.co/gGbLnjGYYa
— Justin Baragona (@Justin Baragona) 1596375145.0

Gohmert's infection, which was announced a day after he participated in a televised House Judiciary hearing with Attorney General Bill Barr and ahead of a planned meeting with Trump, prompted Speaker of the House Nancy Pelosi, D-Calif., to announce new rules requiring masks to be worn on the chamber floor.

Several members of Congress were forced to self-quarantine after Gohmert's announcement.

But the damage may have already been done. Rep. Raul Grijalva, D-Ariz., the chairman of the House Natural Resources Committee, tested positive for COVID-19 on Saturday after chairing a hearing which included Gohmert.

"While I cannot blame anyone directly for this, this week has shown that there are some members of Congress who fail to take this crisis seriously," he said in a statement. "Numerous Republican members routinely strut around the Capitol without a mask to selfishly make a political statement at the expense of their colleagues, staff and their families."