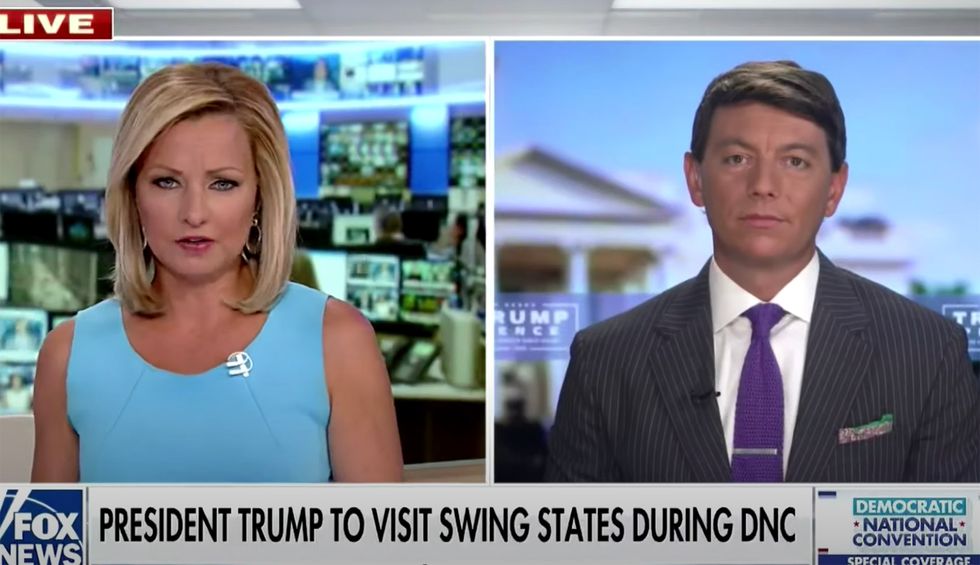 As the Democratic National Convention was set to begin on Monday, Smith asked Gidley to explain the “biggest differences” between President Donald Trump and former Vice President Joe Biden.

“The beauty about this campaign is you don’t have to guess how things would look under either person,” Gidley opined. “Joe Biden has a 47-year failed record in elected office with nothing to show for it, quite frankly.”

“You’re talking about during the Obama administration?” Smith sought to clarify.

“Absolutely,” Gidley replied. “And during this time of rioting and COVID and looting in our streets, you don’t have to guess how unsafe would be because Joe Biden has come out and said he wants to defund the police.”

Gidley went on to falsely claim that Biden “had a chance to fix a pandemic” and “he just closed testing.”

Smith interrupted: “There’s a lot to dig into there, the economy and other things.”

“Obviously, during the Obama administration, you have to reference the fact that you did have significant drop in the unemployment rate coming out of the financial crisis,” she pointed out.