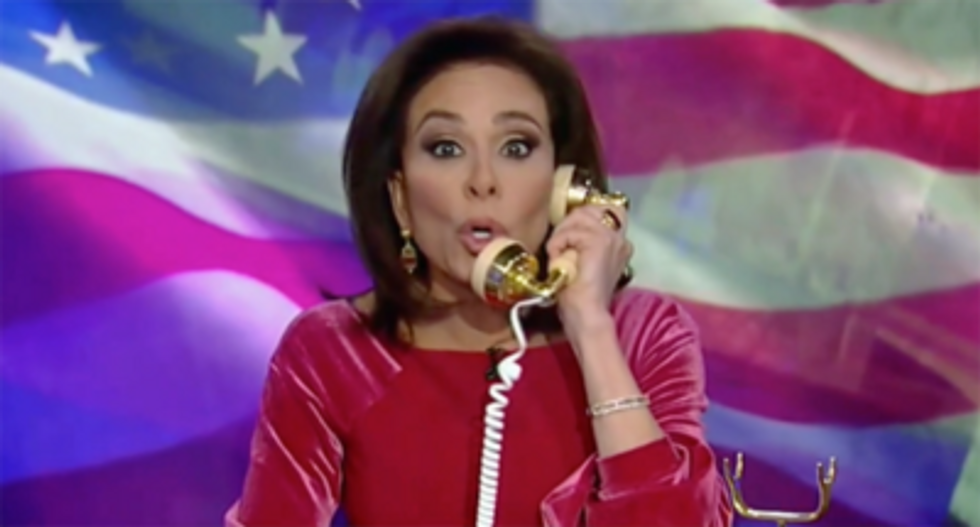 Fox News host Bret Baier pushed back Wednesday on his colleague Judge Jeanine Pirro's baseless prediction that presumptive Democratic nominee Joe Biden will not be on the party's ticket on Election Day.

Pirro made the comments during an appearance on "The Five" following Biden's first joint appearance with his new running mate Sen. Kamala Harris, D-Calif.

Baier rejected Pirro's prediction, noting that Biden will officially be crowned the nominee at next week's Democratic National Convention.

"Let me say, I respect Judge Jeanine's opinions and her fiery passions about things," he said. "Last night was the last Democratic primary — Connecticut, where 60 delegates went to Joe Biden. So he is going to be the nominee, and next week we will see the official nomination. You're saying he doesn't make it all the way. The bumper stickers are already printed. It is Biden-Harris. He is going to be the nominee next week."

Pirro attempted to walk back her comments in response.

"I just want to say something," she said. "Look, I wish him all good health — that's not what I'm talking about. He's got the numbers, but things are so crazy right now. I don't know what's happening in the Democrat Party, and that's all I'm saying. I hope he lives forever — that's not my point. I know he's got the numbers."

Pirro previously appeared on a panel on Sean Hannity's show alleging that some mysterious force must have influenced Biden to select Harris, because she was somehow "not qualified" to be vice president.

The selection of Harris has played fairly well among the network's "news side," however.

After the duo's joint appearance, Perino said Wednesday that "if you're the Biden campaign, you're pretty happy with how that went."

Host Chris Wallace pushed back on allegations made by Trump and hosts like Hannity and Tucker Carlson that Harris was too far left to be the vice president.

"She is not far to the left despite what Republicans are going to try to say, " Wallace said on Wednesday. "I think she is a reasonably safe choice. She was the obvious front-runner. She was the obvious choice. She adds some excitement to the ticket. She's a statement to African-Americans — and especially to African American women, who are the real solid core of the Democratic Party — that the party does not take them for granted. And so, I think she is a pretty safe choice."

"They say nobody votes for a vice president, except this time they may be," he said Wednesday. "I strongly advise President Trump not to go after Kamala Harris. Go after Joe Biden . . . This spells trouble for the Republicans, and I think she has strengthened Biden's hand."