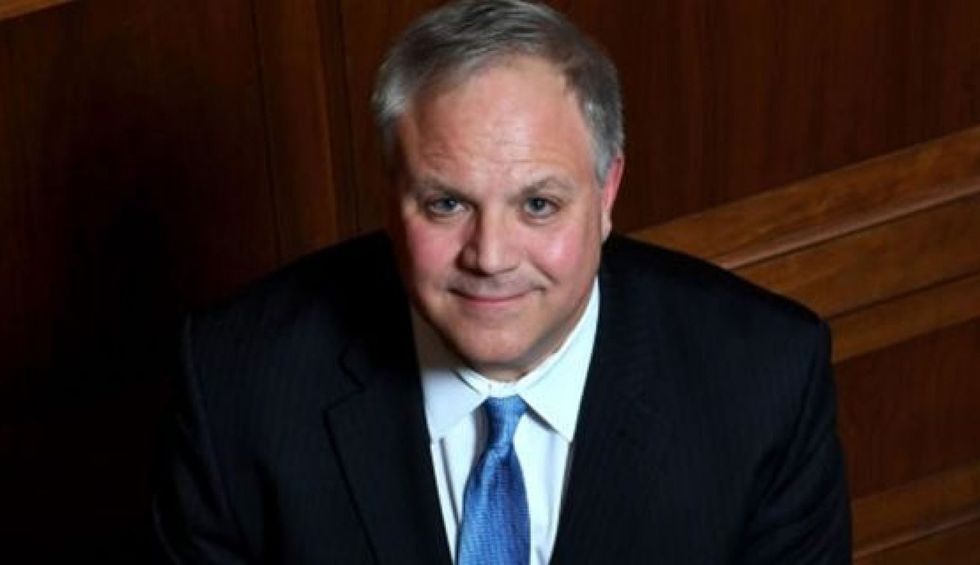 A report by the Interior Department Inspector General reveals that President Trump’s top Interior Solicitor, Daniel Jorjani, illegally withheld public documents prior to Interior Secretary David Bernhardt’s Senate confirmation hearing and then “perjured himself under oath,” according to a statement by the Western Values Project.

The raising of Shasta Dam will inundate the remaining sacred sites of the Winnemem Wintu Tribe on the McCloud River and will spell disaster for imperiled Sacramento winter-run and spring-run Chinook salmon and Central Valley steelhead populations.

An analysis by Western Values Project details Jorjani’s perjury. “This is nothing short of a criminal act, and Trump’s political appointees need to be held accountable,” said Jayson O’Neill, Western Values Project Director.  “Withholding public documents, filtering potentially incriminating communications, and then lying about it under oath should result in Jorjani's immediate removal, but that seems unlikely in President Trump’s and Secretary Bernhardt’s corrupt swamp.”

According to O’Neill, “Western Values Project (WVP) first exposed the political ‘awareness review’ policy at Interior back in March of 2019. At the center of the new policy that allowed Trump’s political appointees to review and withhold critical and potentially incriminating public documents was former key-Koch network employee Daniel Jorjani.”

In June 2019, WVP and Campaign for Accountability, along with three other watchdog groups, filed a complaint with Interior’s watchdog that spurred an investigation of the political “awareness review” process of Freedom of Information Act (FOIA) requests at the department.

“An analysis by WVP found that numerous media outlets, including The Washington Post, the Associated Press, Politico, The Hill, and others, as well as watchdog organizations, were subject to the political awareness review, causing delays and, in some cases, limiting responsive public documents being released,” WVP reported.

Yesterday, U.S. Sen. Ron Wyden, D-Ore., and U.S. Rep. Raúl M. Grijalva, D-Ariz., called for a criminal investigation into Jorjani after the Office of the Inspector General’s new report confirmed that DOI political appointees “may have violated a court order” by withholding documents to protect Secretary David Bernhardt during his confirmation process.

The IG’s findings further reveal that Jorjani “misled the Senate Energy and Natural Resources Committee about his role in reviewing Freedom of Information Act (FOIA) productions during his confirmation,” according to Wyden and Grijalva.

“Not since the Teapot Dome scandal have we seen a more corrupt Interior Department. Political appointees at the agency have put their ideologically-based personal interests over the interests of the American people, violating the public trust upon which the Department of the Interior is based.

“Officials at Interior are now on the record admitting what we suspected all along: they orchestrated a cover-up to protect Secretary Bernhardt during his confirmation, and all but lied to Congress about it. We call on the Department of Justice to open a criminal investigation into whether or not Jorjani perjured himself before Congress when he assured the Senate Energy and Natural Resources Committee that there was no 'heightened' FOIA review process.”

The new OIG report outlines the findings of its investigation regarding alleged interference in the FOIA process, including:

During his confirmation hearing, members of the Senate Energy and Natural Resources Committee asked Mr. Jorjani about his involvement in reviewing FOIA requests, according to Wyden and Grijalva.

In response to one question, Jorjani confirmed that he served as the Department's Chief FOIA Officer but stated, “I, myself, don't review FOIAs or make determinations.”

In response to written follow-up questions from Wyden, Mr. Jorjani repeatedly stated “any review that is conducted is done so in accordance with the Department's Awareness Review Process for Freedom of Information Act productions issued in May 24, 2018, and updated on February 28, 2019.”

Wyden and Grijalva said the Inspector General’s findings “confirm that Mr. Jorjani’s statements to Congress were not truthful.”

On September 24 of last year, the U.S. Senate voted to confirm Daniel Jorjani to be the Solicitor of the U.S. Department of the Interior with a 51-43 vote. Jorjani had been serving as the Principal Deputy Solicitor for Interior since May of 2017.

“As someone who has served as Solicitor of the Interior, I know Dan Jorjani will be an exceptional Solicitor and serve the American people admirably,” said U.S. Secretary of the Interior David Bernhardt after Jorjani was confirmed.  “He will continue to distinguish himself with his integrity, his work ethic, his humility, and his sincere dedication to the Department’s mission.”

However, Jordani’s so-called “integrity” didn’t stop him from illegally withholding public documents prior to Bernhardt’s Senate confirmation hearing and then “perjuring himself under oath,” as WVP pointed out.

As Solicitor, Jorjani manages over 370 attorneys, encompassing divisions and offices that include ethics; energy and minerals; parks and wildlife; Indian affairs; land; water; and general law, spanning 16 regional and field offices along with the DOI’s Freedom of Information Act office. He also serves as the Regulatory Policy Officer on Interior’s Regulatory Reform Task Force and a member of the DOI’s Executive Resources Board.

From 2001 to 2009, Jorjani held several positions at the DOI under President George W. Bush, including Counselor to the Deputy Secretary and Counselor and Chief of Staff to the Assistant Secretary for Policy, Management and Budget.