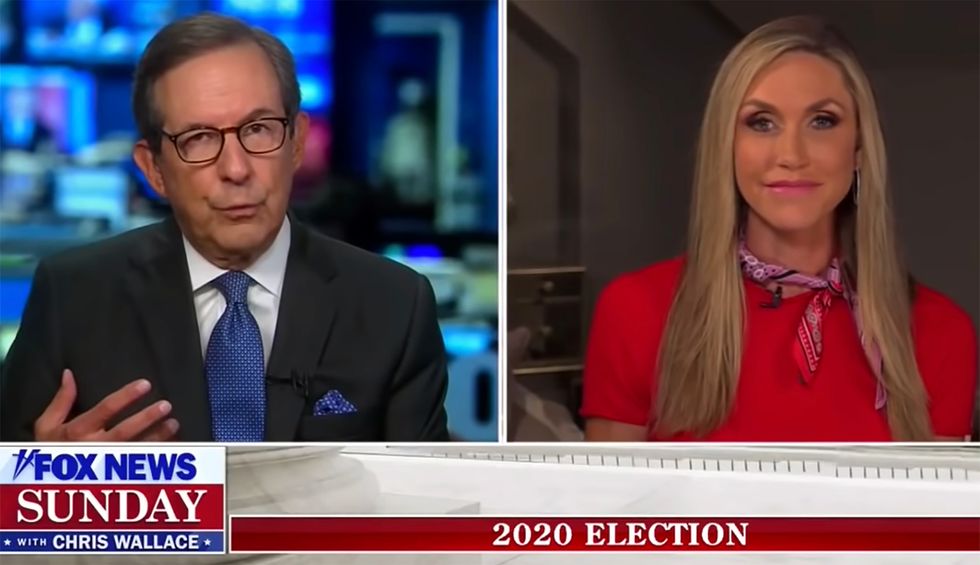 FOX News Sunday host Chris Wallace grilled Trump campaign spokesperson Lara Trump over the weekend after experts complained that the Republican National Convention has the possibility of being a COVID-19 super-spreader event.

“Let’s talk about the fall campaign because we’re told that starting after Labor Day — though he’s already started — the president is expected to go out a couple of times a week and hold rallies of some sort,” Wallace told Trump. “This last week, on Thursday, as part of the Republican convention, the president gave his acceptance speech on the South Lawn of the White House.”

The Fox News host pointed out that “more than 1,500 people packed in, very few masks, no social distancing.”

For her part, the president’s daughter-in-law insisted that members of the Trump campaign “always encourage people to follow the guidelines and to do what they think is best for themselves.”

“I think we all have to recognize that people want to get back to normal,” she added. “And you know what? Maybe it’s going to a Trump rally that does that, but we are always following the guidelines.”

Wallace, however, did not buy that explanation.