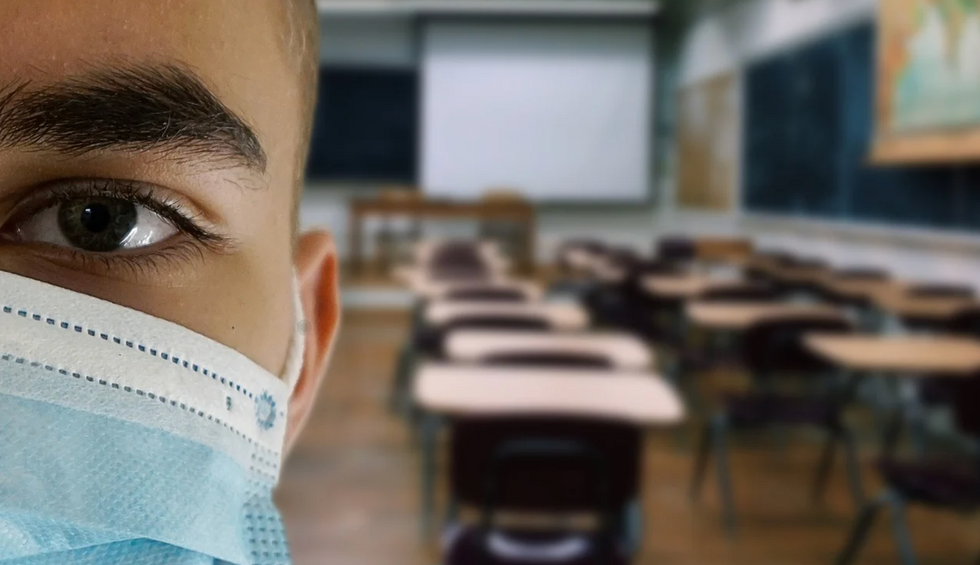 President Donald Trump and Secretary of Education Betsy DeVos have called for the nation's public schools to re-open this fall, but a new study by the Centers for Disease Control and Prevention (CDC) shows that children of all ages are susceptible to coronavirus infection — and can efficiently transmit the virus to others.

"This investigation adds to the body of evidence demonstrating that children of all ages are susceptible to SARS-CoV-2 infection, and contrary to early reports, might play an important role in transmission," the study's authors wrote.

Among the 136 cases for whom symptom data is available, 26% of patients reported no symptoms. Among those who did, 65% reported subjective or documented fever, 61% reported headaches and 46% reported suffering from a sore throat.

Though staffers were required to wear cloth masks, campers were not. The camp also did not keep windows and doors open in order to increase ventilation within the buildings.

"Settings like multi-day, overnight summer camps pose a unique challenge when it comes to preventing the spread of infectious diseases considering the amount of time campers and staff members spend in close proximity," the CDC said in a media statement.

"Correct and consistent use of cloth masks, rigorous cleaning and sanitizing, social distancing and frequent hand washing strategies, which are recommended in CDC's recently released guidance to reopen America's schools, are critical to prevent transmission of the virus in settings involving children and are our greatest tools to prevent COVID-19," it added.

The CDC's specific mention of schools comes amid explicit demands from the highest ranks in the Trump administration that publicly funded institutions reopen after summer. In addition to Trump saying last month that "schools must open in the fall," DeVos told reporters that "education leaders need to examine real data and weigh risk. Risk is involved in everything we do, from learning to ride a bike to riding a rocket into space and everything in between."

On another occasion, she added: "Ultimately, it's not a matter of if schools should reopen. It's simply a matter of how. They must fully open, and they must be fully operational."

Last month, Dr. Russell Medford, chairman of the Center for Global Health Innovation and Global Health Crisis Coordination Center, discussed the preconception that children are less vulnerable to the coronavirus with Salon.

"It's much less severe in the young, but the young are infected significantly and in large numbers," Medford said at the time. "We are seeing our hospital beds and ICU beds being filled up with young patients now in Florida and Texas that are in the hospital and undergoing intensive treatment because of their infection by coronavirus."

But on the same day the study was released, CDC Director Dr. Robert Redfield warned legislators of "significant public health consequences" if schools do not reopen their doors.

"It's important to realize that it's in the public health's best interest for K-12 students to get back into face-to-face learning," Redfield testified to Congress. "There's really very significant public health consequences of the school closure."

He added that roughly "7.1 million kids get their mental health service at schools. They get their nutritional support from their schools. We're seeing an increase in drug use disorder, as well as suicide, in adolescent individuals. I do think that it's really important to realize it's not public health versus the economy about school reopening."

The private school in Maryland where Trump's youngest son Barron attends classes is currently closed by a local government order.