Can marijuana win in a deep red state? 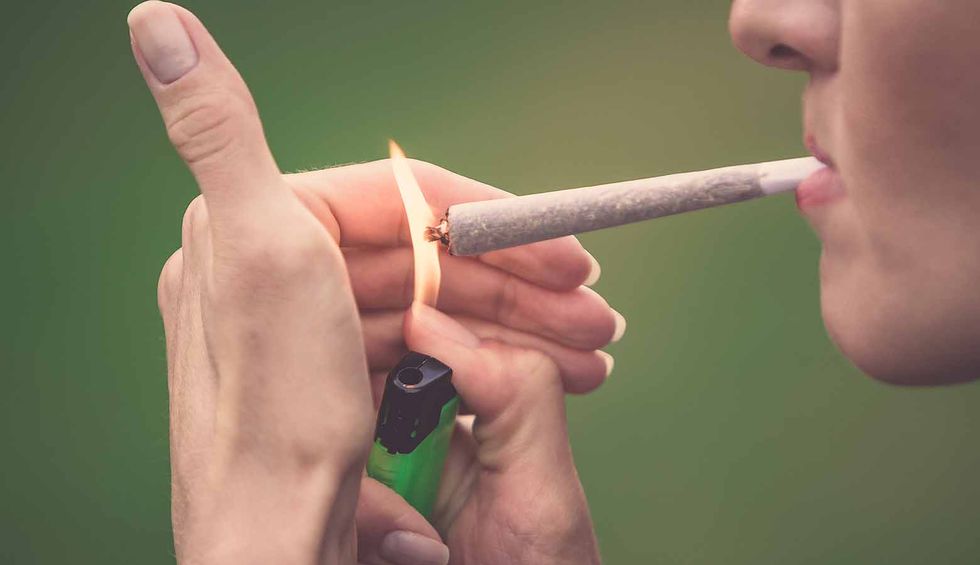 Marijuana is on the ballot in South Dakota in November this year. This is a state that has the dubious distinction of being the only one to twice defeat a medical marijuana initiative. And it has another dubious distinction: It’s the only state where people get prosecuted for having marijuana show up on a drug test.

That South Dakota has reactionary drug laws is not surprising; it is a pretty reactionary state. It voted overwhelmingly for Trump in 2016—he beat Hillary Clinton by nearly 30 points here—and Republican Governor Kristi Noem has (in)famously discussed engraving Trump’s image on Mount Rushmore with him. The state’s congressional delegation is all-GOP, including Senate Majority Whip John Thune, and Republicans control both houses of the legislature as well, holding a super-majority in both for nearly a quarter-century.

Still, not one but two marijuana initiatives managed to find enough support to make the ballot, and local organizers supported by national reform groups New Approach PAC and the Marijuana Policy Project (MPP) are hoping that marijuana’s momentum can overcome rock-ribbed Republican recalcitrance on the prairie come November.

The first, Initiated Measure 26, led by New Approach South Dakota, would create a medical marijuana program for patients with doctor-certified specified debilitating medical conditions. Patients could possess up to three ounces and grow up to three plants—or more if a doctor okays it. The state department of health would create and enforce rules and regulations.

The second, Constitutional Amendment A, would legalize possession, use and distribution of marijuana up to an ounce by adults 21 and over and set up a system of taxed and regulated cultivation and sales. It would allow people to grow up to three plants at home—but only if there are no retail sales outlets in their local government jurisdiction. The amendment would also require the legislature to pass laws to legalize the sale of hemp and create a state medical marijuana program by April 1, 2022.

Can green win in red South Dakota? Perhaps the state isn’t as red as it seems, suggested Michael Card, an associate professor of political science at the University of South Dakota.

“There are more no-party voter registrations now,” he said in a phone interview. “Within five years, independents will probably come close to catching up to Republicans. Democrats are fleeing the party because they don’t win.”

That works for New Approach South Dakota: “Our campaign is really bipartisan; this isn’t a partisan issue,” said Melissa Mentele, the group’s director. “It doesn’t matter what your party is; this is something that has brought so many people together,” she said during a phone interview.

And it’s no longer the last century or even the last decade, pointed out MPP campaigns coordinator Jared Moffat, who is working with South Dakotans for Better Marijuana Laws in support of both initiatives.

“It’s been 10 years since the last attempt to reform South Dakota’s marijuana laws through the ballot, and in that time, a lot has changed,” Moffat said in an email. “Support for marijuana policy reform has increased significantly in every part of the country and 11 states have adopted adult-use legalization laws—and they’re working well. No state has made a serious attempt to repeal those laws. We also have recent internal polling of South Dakotans that suggests we have a great shot at passing both initiatives.”

“We’ve had six years of education leading up to this medical marijuana initiative, the same bill has been sponsored twice in the legislature, it’s been debated publicly, there’s been a lot of media, and I think it’s time,” said Mentele. It will take a nice, slow, steady march to victory,” she added.

When queried about the need for a separate medical marijuana initiative, she bristled just a bit.

“We need to press forward with both,” she said. “Legalizing adult use is beneficial to the economy, but I’m a patient advocate; I’m about things like teaching people how to move off opioids and pharmaceuticals, and when adult-use programs come on board they tend to swallow medical programs. We don’t want that to happen. We want two distinct markets with a tax break for patients. The people who aren’t [using it for a] medical [purpose] can buy it and pay taxes, but a true medical marijuana program passes savings on to patients.”

So, will both pass, will one pass, or will neither pass?

“If I had to predict, expecting high turnout for the presidential race, you’re looking at Sioux Falls and Minnehaha County, the largest county in the state voting for it, and probably Brookings and Clay counties [home of South Dakota State University and the University of South Dakota, respectively] and Union County and the reservation counties,” said Card.

But that means a whole lot of South Dakota counties likely won’t be voting for either medical or recreational marijuana this fall. Still, with the Sioux Falls metro area population of over 266,000 constituting nearly 30 percent of the entire state population, that makes up for a number of sparsely-populated, more conservative counties. It’s going to be competitive.

“I wouldn’t be surprised if the constitutional amendment passed because of the inclusion of industrial hemp and the taxation of marijuana,” said Card. “If I were leading the campaign, I’d be telling people this is a tax you don’t have to pay. It’s also being supported by a former U.S. attorney, Brendan Johnson.”

But, Card said, it’s also possible that voters could reject legalization and just pass medical marijuana. “Our population is aging, we’re seeing more patients, and even for many youths there are medicinal uses, so the idea that they could vote down legalization and approve medical is certainly plausible,” he said.

“The governor is very strongly against marijuana in any way, shape, or form,” said Card. “She [Noem] kept the South Dakota legislature from adopting a farmers’ hemp cultivation bill. She drew a line in the sand and said no way.”

Noem is not alone in opposing marijuana reforms; the usual suspects are also out to block it. In July, the South Dakota Medical Association came out against both initiatives and will write the opposition statement that will appear on the general election ballot. The association maintains that marijuana is a hazardous drug and a public health concern.

Also in July, the legalization initiative drew organized opposition in the form of a ballot committee calling itself NO Way on Amendment A. That group is led by David Own, the president of the state Chamber of Commerce and Industry. He is being joined by law enforcement, public officials, and social work leaders.

The campaign is still honing messages for key voters, Moffat added, but will likely emphasize the need for tax revenues in the face of economic downturns and the need to get marijuana out of the criminal justice system. He noted that one out of 10 arrests in the state in 2018 was for marijuana. The campaign will also make the argument that passage of the constitutional amendment is necessary to protect medical marijuana from legislative chicanery, as happened with a campaign finance law approved by voters in 2016 and gutted in Pierre.

“The campaign is in decent financial shape in small-market South Dakota and ready to do battle,” said Moffat.

“With significant in-state and national support, as well as an expanding small-dollar fundraising effort, we are feeling good about the campaign budget at this point. Compared to other states where there are competitive national races, we expect our advertising dollars will go pretty far in South Dakota,” Moffat added. “We never want to underestimate the opposition. Right now, it’s not clear what they are willing to spend, in terms of both money and political capital, to fight us. My sense is that they’re not willing to expend much, but that could change. We’ll have to see.”