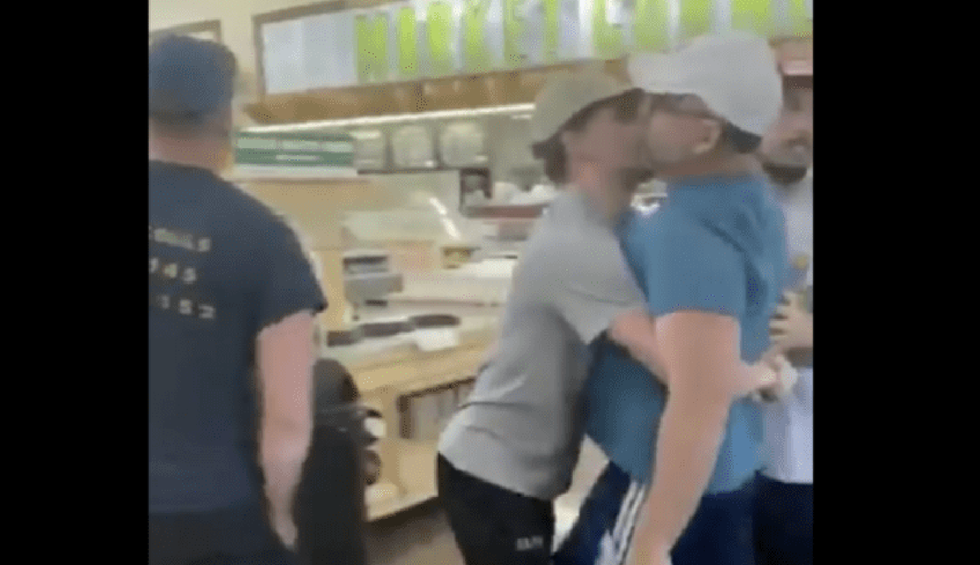 One Arizona baby man is getting all kinds of attention after video of his temper tantrum began widely circulating on Twitter Monday night.

The man and his sons entered a Tucson grocery store and apparently they all refused to wear masks. The video doesn’t get the entire confrontation, but it is safe to say they were being told to wear masks or leave and baby man went into a rage, directing his anger at store employees, calling them names I’m not going to repeat here, but would definitely get him sent to the principal’s office if he were a child and if (when) he’s identified, might very well cost him his job.

As baby man was throwing a fit, his son (or sons) were clearly increasingly embarrassed as they held him back and tried to persuade him to back off. They also probably knew this might end up on the internet because he was so out of control and another shopper was filming. He did not back down. He kept throwing insults and calling employees names until another shopper, a much larger man, decided he was going to make time for baby man that day.

As soon as our valiant defender walked up to baby man and began having words, the whole temperature changed. Baby man’s entourage turned to see who was approaching with words of his own and they all instantly knew it was about to go down and baby man was about to learn a hard lesson. They wanted no part of it, so in an instant, the man’s son began aggressively pushing him toward the exit and when baby man resisted and continued screaming insults, his son picked him up and carried him all the way out of the store.

And now people cannot stop laughing at the image of this “tough” guy being completely picked up and carried out of the store like an insult-slinging toddler in need of a time-out.