Are Republicans closing the voter-registration gap in critical swing states? An analysis 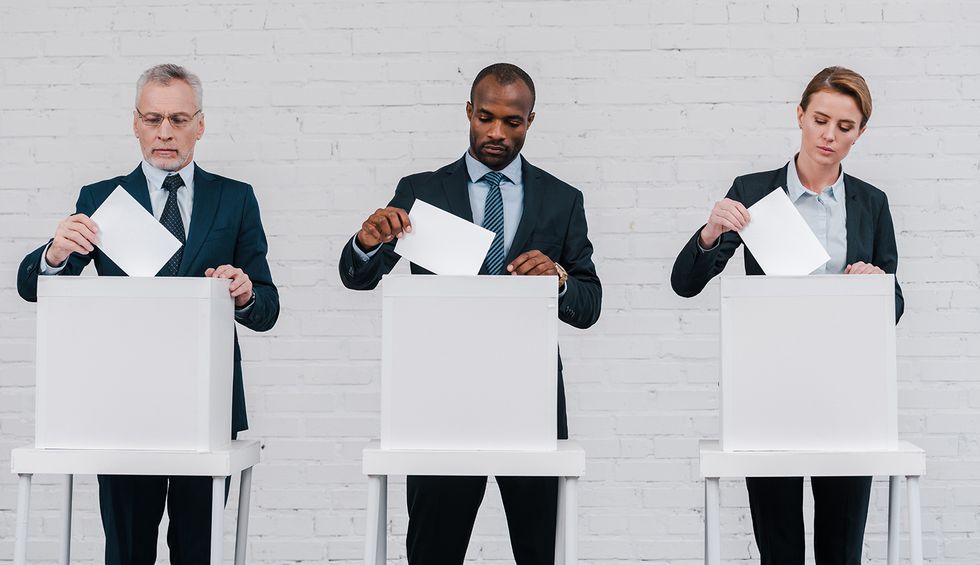 While President Trump tries to selectively discredit vote-by-mail, his re-election campaign and the Republican National Committee have registered a combined 100,000 new voters ahead of the 2020 election, closing gaps between Republican and Democratic voters in a number of critical swing states.

Democrats still boast more registered voters in Pennsylvania, North Carolina and Florida, but Republicans have eaten into those leads, more than doubling the sign-ups generated in 2016, according to GOP and state data reviewed by Axios.

That data doesn't reflect the full picture, however — which, while troubling for Democrats, is not nearly as rosy for Republicans as top-line numbers indicate. Salon's independent analysis of state voter data suggests that the GOP's get-out-the-vote effort is not nearly as robust as the Axios report indicates.

According to Axios, Republicans in Pennsylvania have closed the gap by about 133,000 voters, and in Florida the margin has slimmed by 87,000 voters. Axios also reported that the GOP shows a net gain of 216,410 voters against Democrats in North Carolina since 2016. Salon's independent review of state data confirms these claims.

But most of the Republican gains on Democrats in those key swing states are not new GOP voters, but former Democrats who have registered as independents.

Though Democrats still lead in all three states, they've also hemorrhaged hundreds of thousands of voters in all three. Moreover, Republicans haven't posted the most significant gains in those states: That honor goes to independent voters.

Instead of a Republican "red wave" in 2020, the data more accurately reflects a shift from both parties to nominally neutral ground, which perhaps seems counterintuitive in these hyper-partisan times. Given recent polls, such a shift would seem to benefit presumptive Democratic nominee Joe Biden, who has steadily led Trump among independents.

Records from the Florida Department of State show that since November 2016, Republicans gained about 300,000 voters, while Democrats added more than 200,000. However, the state's largest increase was among registered independents, who increased their ranks by 480,000 over the last four years.

Florida's massive increase in registered voters, with the GOP leading the way, squares with Trump's otherwise anomalous statement Tuesday endorsing expanded vote-by-mail in the state, even though he has presented it as a fraud-prone Republican death knell on a national scale.

Pennsylvania's overall voter roster has actually dropped by 120,000 since the 2016 election, a number nearly equivalent to the reported GOP net gain on Democrats there, who still lead independents and command a 800,000-voter lead over Republicans.

Axios reported that the GOP showed a net gain of 216,410 voters against Democrats in North Carolina, but state data between Election Day 2016 and Aug. 1, 2020, reflects a GOP raw voter gain of less than 10% that number: only 19,604 more registered Republicans. Compare that with the 270,000-voter increase in registered independents.

The overwhelming amount of that GOP "net gain" came in the form of attrition: Over the last four years North Carolina has lost 196,806 Democratic voters, while adding only 19,600 Republicans. The state's 2,346,296 independent voters currently outnumber Republicans by about 240,000 but fall short of Democrats by about 190,000, giving Democrats a 410,000 advantage over the GOP in the Tar Heel State.

The coronavirus pandemic has upended voter registration efforts. Political parties and civic volunteers typically recruit new voters at public events, where one person can reach many people at once, and speak to them on a personal level.

Axios also points out that 45% of voter applications come from state motor-vehicle departments, but for the last several months those services have been limited.

To give an idea of the effects, North Carolina added about 110,000 voters between March 15 and Aug. 6 in the 2016 election cycle. In that same timeframe this year, the state added less than 10,000 voters.

The nature of these gains doesn't seem to indicate that Republicans can count on riding voter enthusiasm to victory in November. It is of course conceivable that the party's barely-concealed voter-suppression tactics may play an outsized role.