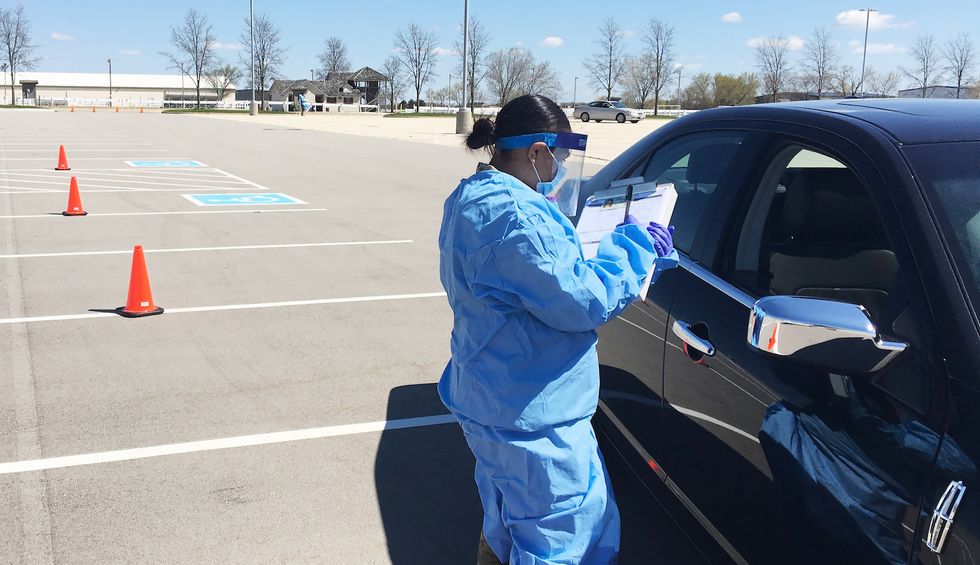 Prosecutors have dismissed a criminal charge against a southern Illinois man whom they accused of endangering public safety when he entered a busy gas station store after he was ordered to self-isolate because of coronavirus-like symptoms.

Jason Liddle, 36, of Olney, was charged in late March, as Illinois was under a shelter-in-place order because of the accelerating number of COVID-19 cases. Liddle had stopped at The Gas Station convenience store in Sainte Marie, in Jasper County, so his then 4-year-old son could use the bathroom. A store employee who attended high school with Liddle recalled a Facebook post that Liddle shared that showed a note from medical professionals instructing him to stay at home for 14 days because of “possible COVID 19 illness.”

Once Liddle left the store, the employee informed her supervisor, who, in turn, called authorities. The Jasper County state’s attorney’s office charged Liddle with reckless conduct, a misdemeanor.

The charge was dropped Thursday, according to the Jasper County Circuit Clerk’s Office.

In March, Liddle told ProPublica Illinois he had experienced chest pains, a symptom consistent with the novel coronavirus, which prompted him to go to a respiratory clinic. Though he was not tested for the virus, the satellite TV installer was told he could not work and that he must self-isolate.

Three days after Liddle’s mandatory isolation orders, he and his family drove to his in-laws’ home. At some point during the roughly 30-minute drive, he stopped at The Gas Station. The trip was the only time he had left his house, Liddle told ProPublica Illinois.

At the time Liddle was cited, the case was thought to be the first of its kind. At least one more case has emerged since then. This month, Richland County prosecutors charged a woman with reckless conduct after she reportedly tested positive for the coronavirus and allegedly violated a stay-at-home order, according to news reports.