What does the White House do when one of their own dies from COVID-19? Lie, of course 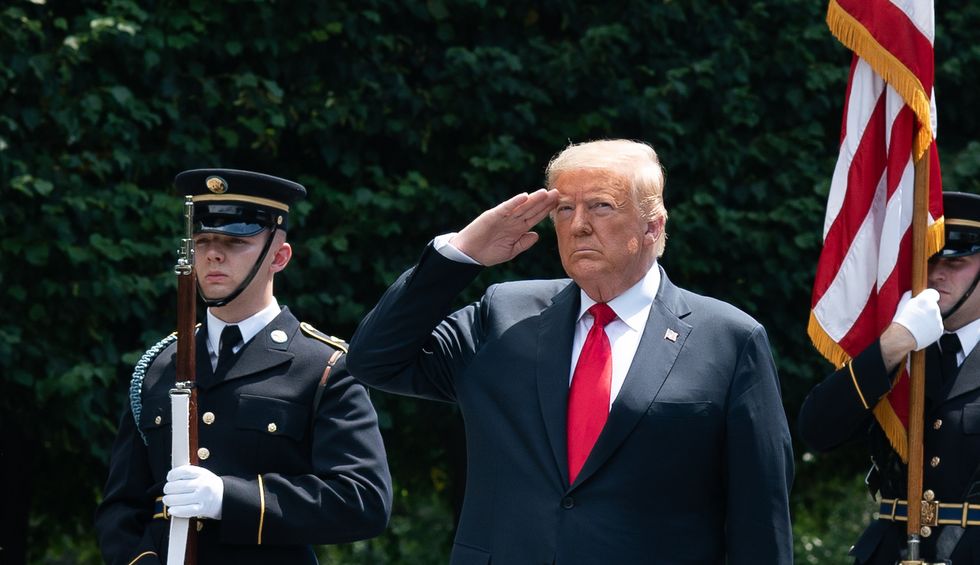 Thousands of lives have been lost as the novel coronavirus continues to spread across the country, yet our government and its officials still refuse to acknowledge the severity of this pandemic. As of this report, data compiled by The New York Times has found that more than 4 million people in the U.S. have tested positive for COVID-19 and 143,700 have died. Among them have been some who once called the virus a “hoax,” the families of these individuals, and others who have experienced the loss of loved ones as a result of COVID-19. They are sharing their stories to shed light on the horrific reality of this pandemic and the importance of following health recommendations.

In an interview with Mother Jones, David Glosser, the uncle of xenophobic white supremacist Stephen Miller shared his mother’s story (Miller’s maternal grandmother), who he says died from COVID-19. Glosser not only shared that he was “angry” at Miller, but added that he blames the Trump administration in part for his mother’s death. “With the death of my mother, I’m angry and outraged at [Miller] directly and the administration he has devoted his energy to supporting,” he told Mother Jones.

In a Facebook post on July 4, Glosser said: “This morning my mother, Ruth Glosser, died of the late effects of COVID-19 like so many thousands of other people; both young and old. She survived the acute infection but was left with lung and neurological damage that destroyed her will to eat and her ability to breathe well enough to sustain arousal and consciousness. Over an 8-week period she gradually slipped away and died peacefully this morning.”

When asked for a comment from Miller, a White House spokesperson provided Mother Jones with the following statement: “This is categorically false, and a disgusting use of so-called journalism when the family deserves privacy to mourn the loss of a loved one. His grandmother did not pass away from COVID. She was diagnosed with COVID in March and passed away in July so that timeline does not add up at all. His grandmother died peacefully in her sleep from old age. I would hope that you would choose not to go down this road.”

After being informed that the death certificate Glosser shared with Mother Jones identified Ruth Glosser’s cause of death as “respiratory arrest” as a result of COVID-19, the spokesperson again denied allegations Ruth Glosser could have died from coronavirus. “Again, this is categorically false. She had a mile [sic] case of COVID-19 in March. She was never hospitalized and made a full and quick recovery.”

Glosser, a retired neuropsychologist, has repeatedly spoken up against Donald Trump and his administration’s lack of response towards handling the novel coronavirus. In addition to partially blaming the Trump administration for his mother’s death, he said Trump’s “initial response to the epidemic was denial, distraction, misinformation, propaganda and lies.”

This isn’t the first time Glosser has spoken against Miller publicly. In 2016, he wrote a letter criticizing Miller for his anti-immigrant agenda. He then wrote a piece for Politico in 2018 expressing his feelings of “increasing horror” towards his nephew’s policies. The piece, entitled “Stephen Miller is an Immigration Hypocrite. I Know Because I’m His Uncle,” shared Glosser’s opposing views and gave insight into Miller’s own family’s immigrant history. “I have watched with dismay and increasing horror as my nephew, an educated man who is well aware of his heritage, has become the architect of immigration policies that repudiate the very foundation of our family’s life in this country. I shudder at the thought of what would have become of the Glossers had the same policies Stephen so coolly espouses—the travel ban, the radical decrease in refugees, the separation of children from their parents, and even talk of limiting citizenship for legal immigrants—been in effect when Wolf-Leib [Glosser] made his desperate bid for freedom.”

Sharing the story of his mother’s death, Glosser highlighted the work of immigrant health aid nurses and doctors who cared for her and others experiencing illness. “I wanted to make it clear the best I can that the message the Trump administration pumps out—that immigrants who come here spread death, destruction, disease, and murder—is wrong. We were those people not too long ago. That’s the story of America.”

Responding to the White House’s statement, he said: “Keeping the tragic facts about COVID deaths of our countrymen and women, young and old, from the American public serves no purpose other than to obscure the need for a coherent national, scientifically based, public health response to save others from this disease. My mother led a long, satisfying, productive life of family and community service. She had nothing to be ashamed of, and concealing her cause of death to offer ‘privacy’ to me, our family, her hundreds of relatives and friends, does nothing to assuage our regret at her loss.”

Like many other victims of COVID-19, Ruth Glosser was unable to see her family before her death. She was living in an assisted living facility, which Glosser said was low on personal protective equipment and tests. Nursing homes and assisted living facilities nationwide have been hit hard by the virus. In addition to residents being elderly and potentially having underlying health concerns, a lack of supplies, insufficient health care, and inability in some of these facilities to properly social distance has led these places to be more vulnerable to COVID-19 outbreaks. The administration has failed to adequately address this concern, with Miller being at the forefront of ignoring the severity of this virus and using it to advance an anti-immigration agenda.