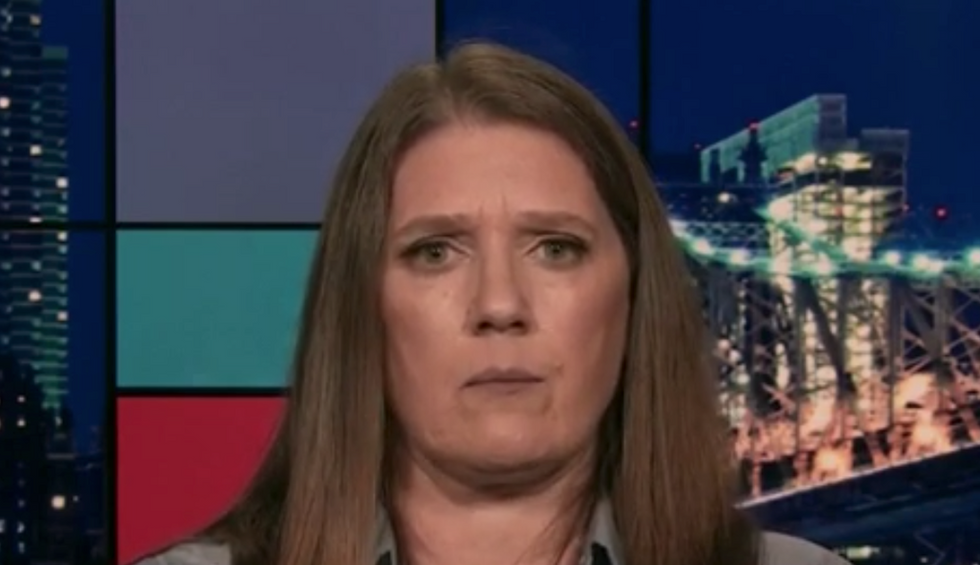 President Donald Trump lashed out Friday at his niece Mary Trump for the first time on Twitter, clearly riled up by the fact that she has released a tell-all book about their family.

He included the attack in a three-part thread focused on books that have been written about him:

It's not clear at how or why Mary Trump could have broken the law, as the president claimed, when she turned over records of her family's taxes in her possession to the New York Times. However, the investigation based on the documents she turned over found that the president himself engaged in "dubious tax schemes during the 1990s, including instances of outright fraud."

After her uncle's tweets, Mary Trump responded on Twitter by obliquely referencing the superior viewership numbers her appearance on  Maddow earned compared to the president's recent town hall with Sean Hannity:

Mary Trump is witheringly critical of the president in his book, titled "Too Much and Never Enough: How My Family Created the World's Most Dangerous Man."

In an interview with MSNBC's Rachel Maddow on Thursday night, Mary Trump said that she recognized that she faced some danger coming forward with her criticisms of the president, but she said she was taking some precautions to remain safe. Trump's habit of lashing out at his critics risks putting a target on their backs for his more unstable and dangerous followers.

It's also hard to see what advantage there is for him in these attacks. He'd almost certainly be better off just ignoring Mary Trump and her book. But he seems to have an almost compulsive need to respond harshly to his critics, even if it doesn't do any good.