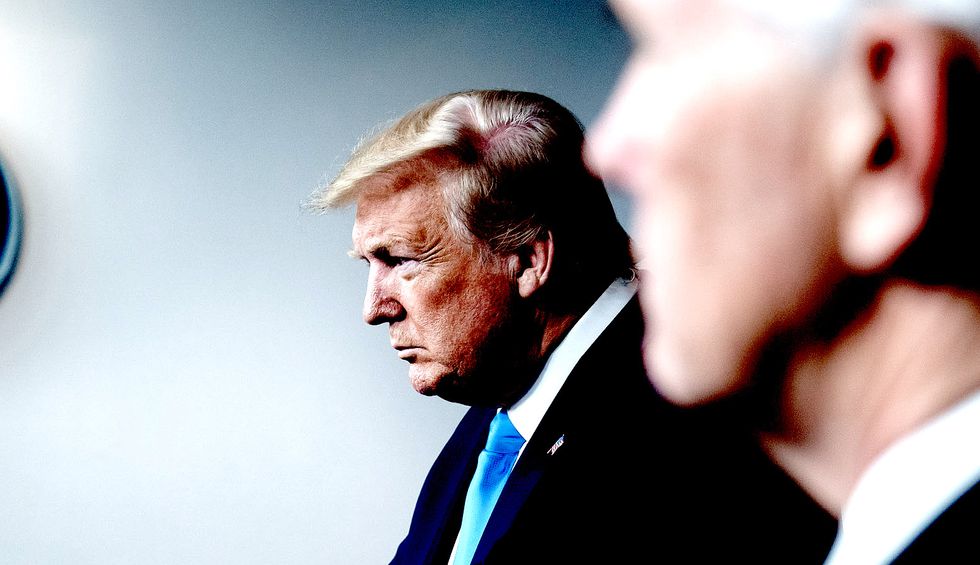 According to Politico, President Donald Trump's allies are fearful that if the president doesn't come up with a national plan to combat the coronavirus pandemic, his odds for re-election are bleak.

"Trump’s political allies, alarmed by his sinking poll numbers, are warning that the president’s best chance to get reelected is to outline more detailed plans to conquer the coronavirus he keeps trying to wish away," reported Anita Kumar. "They are advising him to offer people something concrete they can look to as the pandemic surges in dozens of states, eroding months of progress."

However, while Trump promised at the first of his new series of coroanvirus press briefings that “We are in the process of developing a strategy that's going to be very, very powerful,” he has shown no indication of staying on topic about the virus — something that his aides reportedly were afraid of.

"He demonized protesters. He crowed about mail-in voting fraud. He bragged — more than once — about the results of a cognitive test," said the report. "Then this week, Trump made more public attempts to change his focus. He spoke of plans to protect nursing home residents. He discussed an agreement to purchase potential coronavirus vaccines. He backed away from strident demands for the next economic relief package being hashed out on Capitol Hill."