‘The judge agreed with me!’ AG Barr grows irate as Pennsylvania congressmen corners him over Roger Stone sentence 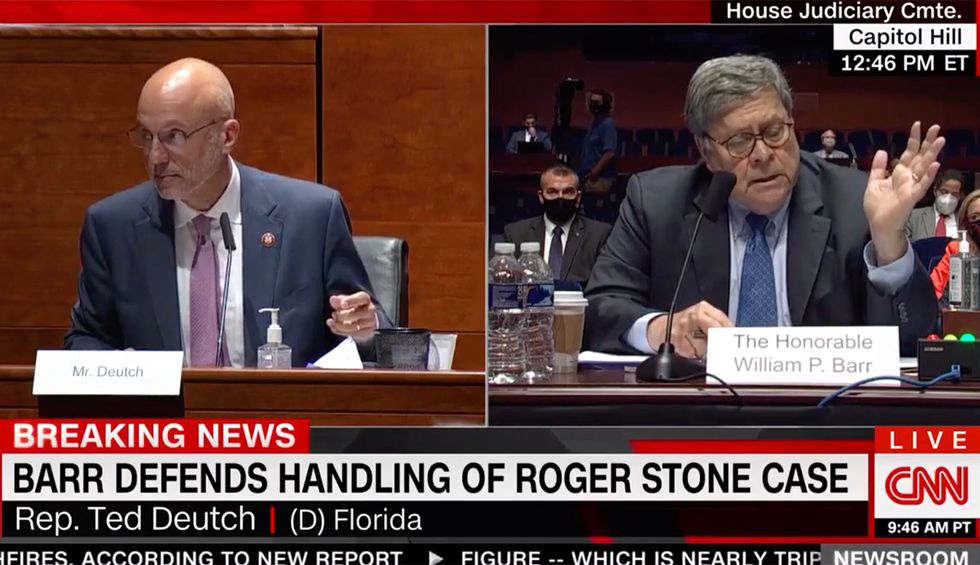 During an appearance before the House Judiciary Committee on Tuesday, July 28, U.S. Attorney General William Barr answered questions from members of Congress about the criminal case of Roger Stone — whose 40-month federal prison sentence was recently commuted by President Donald Trump. One of the House Democrats who questioned Barr was Rep. Ted Deutch of Pennsylvania, who demanded specifics about the attorney general’s involvement in the case.

Deutch noted that a DOJ “sentencing memo” on Barr “called for seven to nine years.” The Pennsylvania congressman told Barr, “It’s the policy of the U.S. attorney’s office to suggest a specific guideline range, which they did. And then, you overruled the line prosecutors and asked for a lower sentence — and you gave some reasons. You talked about health; health is considered only for an extraordinary physical impairment. Did that apply to Roger Stone?”

Barr responded that health can be a consideration in sentencing guidelines, but Deutch wanted to know how much of a factor health and age were with Stone specifically. And that’s when Deutsch’s questioning became especially biting. The congressman told Barr, “The issue here is whether Roger Stone was treated differently because he was friends with the president…. Can you think of any other cases where the defendant threatened to kill a witness, threatened the judge, lied to the judge — where the Department of Justice claimed that those were mere technicalities. Can you think of one?”

Barr was evasive, responding that “the judge agreed” with him — and Deutch doubled down on his questioning, telling Barr, “I’m not asking about the judge. I’m asking about what you did to reduce the sentence of Roger Stone.”

But Barr never really answered Deutch’s question. And before his questioning ended, Deutch told Barr, “The essence of the rule of law is that we have one rule for everybody.”