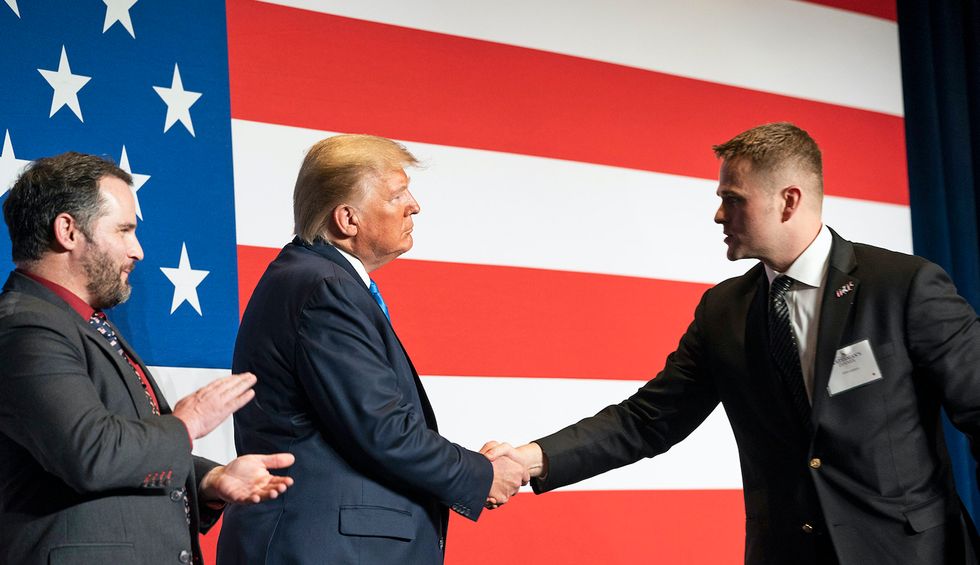 The Washington Post has now written a lengthy profile of the men who served with Lorance and who described the “nightmare” of watching him being portrayed as a hero by the president of the United States.

Among other things, the Post has obtained text messages between former specialist Lucas Gray and Staff Sgt. Mike McGuinness on the day that Trump issued a pardon for the man they testified against.

“I feel like I’m in a nightmare,” Gray wrote to McGuinness. “There’s literally no point in anything we did or said. And now he gets to be the hero.”

“And we’re left to deal with it,” McGuiness replied.

Soldier Zach Thomas, who also testified against Lorance at his trial, tells the Post that his “blood just started boiling” when he first heard Fox News’ Sean Hannity talk about pardoning Lorance, so much so that he called up Hannity’s producer and told him to stop portraying his former commanding officer as a hero.

“I’m a big fan, but y’all are being led the wrong way,” he told the producer. “This isn’t some innocent guy.”

The story also tells of the horrific costs serving in Afghanistan has had on soldiers in Lorance’s unit, as many of them have struggled with PTSD and alcoholism related to their service. A total of five members of Lorance’s unit have died since returning to the United States, which has led surviving members to refer to themselves as the “Cursed Platoon.”