Portland protesters are no longer being banned from demonstrations after arrests 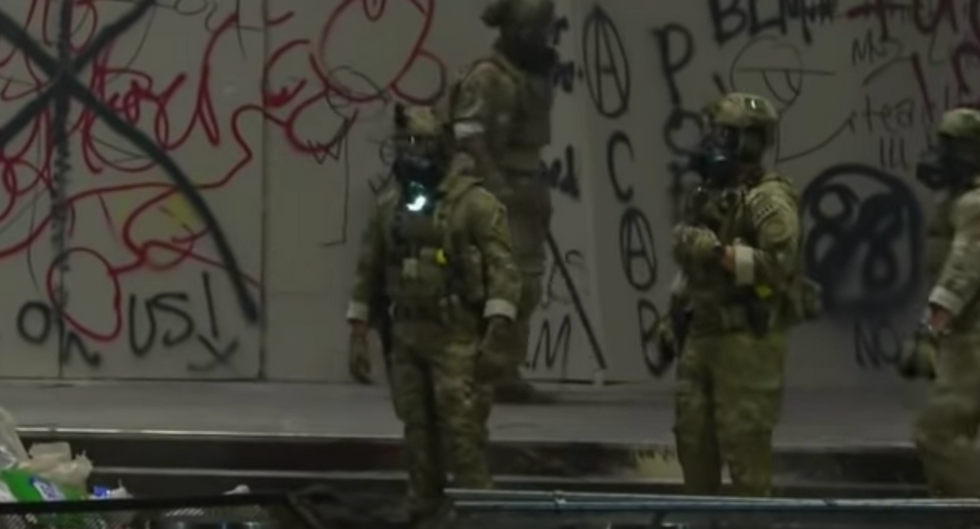 Federal defenders and prosecutors in Portland, Oregon, have teamed up to try to end a court practice of releasing arrested protesters only after they have agreed not to attend protests — a restriction that legal experts called a clear violation of the constitutional right to free assembly.

There are early signs that the effort is working. After the joint request, a federal magistrate judge released two protesters without including restrictions on their attendance at protests or other mass events — or imposing a blanket curfew on them during evening hours. The same magistrate, Jolie A. Russo, had signed some of the release orders since July 23 that included protest bans.

ProPublica reported Tuesday that at least 12 protesters who had been held on federal charges in recent days had been instructed not to attend “protests, rallies, assemblies, or public gathering” (in the words of one order) between their release from jail and their trials. While the Trump administration has repeatedly said its involvement in Portland is targeted at violence and property destruction rather than peaceful protest, many of the affected defendants were being charged with petty offenses, such as “failure to obey a lawful order.”

A spokesperson for the U.S. attorney’s office in Oregon, Kevin Sonoff, notified ProPublica on Wednesday evening about the joint request.

Before ProPublica’s article, defendants had often been barred from going within five blocks of the Mark O. Hatfield U.S. Courthouse at any hour of the day and from leaving their homes at night. However, the orders signed Wednesday allow defendants to move freely in the city at night, although they are prohibited from going near the courthouse between 10 p.m. and 6 a.m.

The new restrictions are consistent with standard conditions of release before trials, according to experts, which often include “stay-away orders” preventing defendants from returning to the scene of the alleged crime.

The 12 defendants who were barred from protests between July 23 and July 27 will need to have modified release orders issued by the U.S. Pretrial Services, the office of the U.S. Courts that recommends release conditions.

Those modified orders are supposed to come out in the coming days, but ProPublica is not yet aware of any previously released protesters being told they are now free to protest.

The federal government deployed more than 100 agents of the Department of Homeland Security to Portland in early July to protect the federal courthouse from ongoing protests that had included some violence and property damage. State and local officials accused the federal government of overreach and blamed it for escalating tensions in the city.

On Wednesday, Oregon and DHS came to an agreement that cleared the path for federal officials to withdraw from the city in exchange for stepped-up enforcement by the state police.