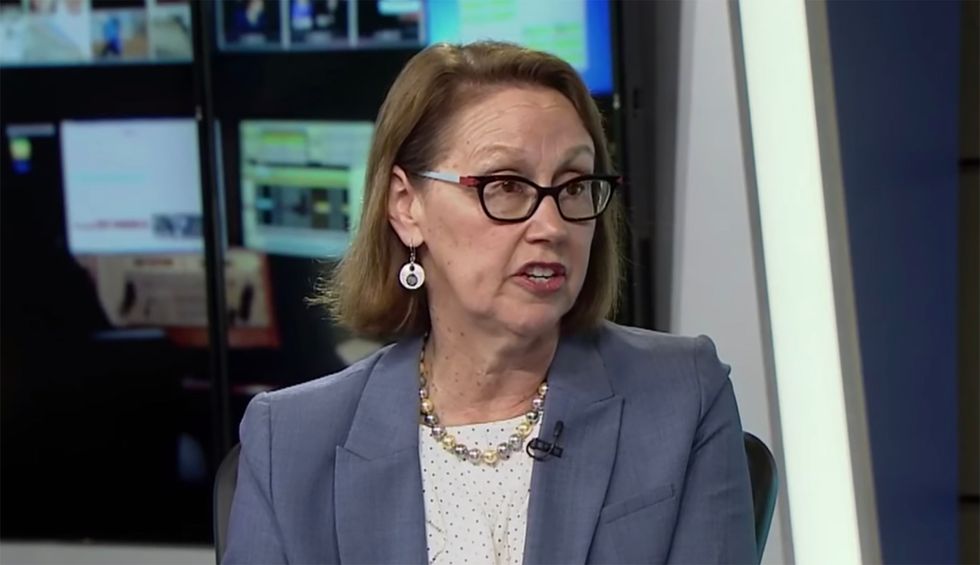 Rosenblum also said her office is suing the Department of Homeland Security (DHS), the U.S. Marshals Service, the U.S. Customs and Border Protection, the Federal Protection Service, and their agents for violating "the civil rights of Oregonians by seizing and detaining them without probable cause" after video footage showed federal officials in combat fatigues snatching protesters off the streets and throwing them into unmarked vehicles.

"These tactics must stop," Rosenblum said in a statement. "They not only make it impossible for people to assert their First Amendment rights to protest peacefully. They also create a more volatile situation on our streets. We are today asking the federal court to stop the federal police from secretly stopping and forcibly grabbing Oregonians off our streets."

"The federal administration has chosen Portland to use their scare tactics to stop our residents from protesting police brutality and from supporting the Black Lives Matter movement," Rosenblum continued. "Every American should be repulsed when they see this happening. If this can happen here in Portland, it can happen anywhere."

The criminal investigation led by the Oregon Department of Justice and Multnomah County District Attorney Rod Underhill will center on a gruesome July 11 incident in which a peaceful demonstrator was shot in the head by an impact munition. The munition, reportedly fired by a federal officer, fractured the 26-year-old protester's skull.

Sen. Ron Wyden (D-Ore.), who demanded an investigation into the incident earlier this week, applauded Rosenblum's legal actions as "necessary to shed light on the truth and hold Trump accountable for his authoritarian tactics on American soil."

"These actions are out of control," the lawmakers wrote in a letter to Barr and Wolf. "They are more reflective of tactics of a government led by a dictator, not from the government of our constitutional democratic republic."

In a separate letter on Friday, the Oregon lawmakers demanded Inspector General investigations into the "unrequested presence and violent actions" of federal officers in Portland.

"DHS and DOJ are engaged in acts that are horrific and outrageous in our constitutional democratic republic," Merkley said in a statement. "First, they are deploying paramilitary forces with no identification indicating who they are or who they work for. Second, these agents are snatching people off the street with no underlying justification. Both of these acts are profound offenses against Americans."

"Given the egregious nature of the violations against Oregonians," said Merkley, "we are demanding full investigations by the Inspectors General of these departments."