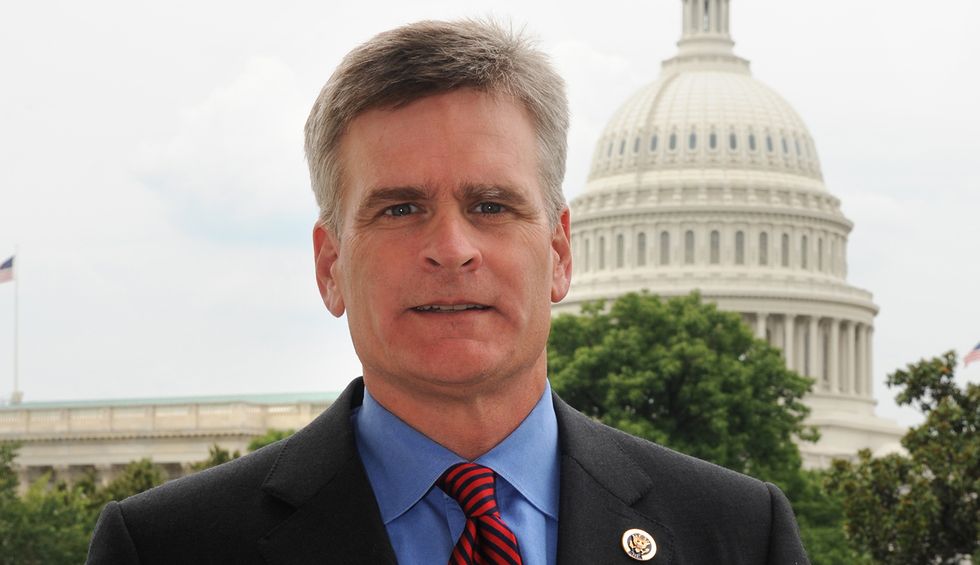 Louisiana Democrats got a credible candidate to take on Republican Sen. Bill Cassidy on Wednesday when Shreveport Mayor Adrian Perkins announced that he would run. Perkins, who would be the state’s first Black senator, kicked off his campaign with an introductory video highlighting his impressive resume and quickly received an endorsement from former Sen. Mary Landrieu, who lost reelection to Cassidy in 2014.

Candidate filing closes on Friday, and it’s unlikely that any other notable names will enter the race. All the contenders will face off on one ballot on Nov. 3, which is the same day as the presidential election; if no one takes a majority of the vote, the top two candidates, regardless of party, would advance to a Dec. 5 runoff.

Louisiana, which backed Donald Trump 58-38, has become a very rough state for most Democrats over the last decade, and Cassidy is very much the favorite to win a second term. Still, Perkins gives his party a candidate with a compelling backstory and a geographic base of support. Perkins, like Democratic Gov. John Bel Edwards, completed West Point’s intense Army Ranger training, and he went on to serve three tours of duty in Iraq and Afghanistan. Perkins obtained the rank of captain, and he was also decorated with a Bronze Star.

Perkins returned home to Shreveport after his military service, and in 2018 he challenged Mayor Ollie Tyler, a fellow Democrat. Perkins, who was a first-time candidate, entered the contest with little name recognition. However, as the Shreveport Times would write, he proved to be a strong campaigner and fundraiser, and he took first place against Tyler and six other opponents in the all-party primary.

Perkins, who at 33 was 40 years younger than Tyler, portrayed himself as an agent of change for Louisiana’s third-largest city. Tyler, by contrast, didn’t do much campaigning; she also raised considerably less money than her opponent. The paper added that the incumbent struggled to convince voters she could deal with violent crime, especially after she hesitated to remove an unpopular police chief. Ultimately Perkins ended up unseating Taylor in the runoff in a 64-36 landslide.

While Perkins demonstrated two years ago that he can run a strong race, he’s going to be in a considerably more difficult contest than Cassidy in this red state. The senator ended June with $6 million in the bank, while Perkins will be starting from scratch with only about three-and-a-half months to go before Election Day.

Perkins also likely will begin this race with little statewide name recognition. Only 12% of the state’s residents live in the Shreveport media market, so most Louisianians won’t have seen much of Perkins on TV during his tenure as mayor. Additionally, Shreveport, which is located in the northwest corner of the state near the Texas border, is located quite a ways away from Louisiana’s larger population centers. It takes around four hours to drive from Perkins’ community southeast to the state capitol of Baton Rouge, and at least an additional hour to reach New Orleans.

If Perkins is to pull off a victory, he’ll likely need to recreate the coalition that allowed Edwards to win reelection as governor by a 51-49 margin last year against Republican Eddie Rispone. Edwards benefited from high turnout among African American voters in and around New Orleans, Baton Rouge, and Perkins’ Shreveport.

The governor also did very well in the state’s well-educated suburbs, including Jefferson Parish, a large and historically Republican area just outside of New Orleans. And while Rispone still won most of the state’s rural areas, he didn’t perform nearly as well as Republicans usually do there.

Perkins will need a lot to go right for his campaign, and for a lot to go wrong for Cassidy, in order to make this close, especially with Trump at the top of the ticket. Still, as we always say, Democrats should run viable contenders in longshot races in case something unexpected happens, and Perkins now gives Team Blue a credible candidate here.