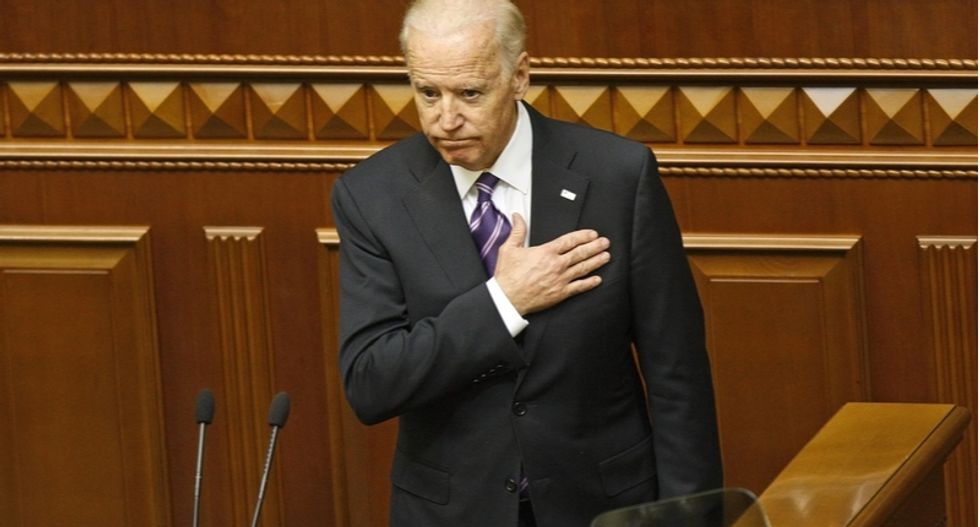 Joe Biden is starting to let us in on how he plans to revive an economy that has been ravaged by Donald Trump’s mismanagement and a historic pandemic if he assumes the presidency next year, and there are some places where he’s moving in the right direction and some places where he should be bolder.

Biden laid out his plan during a speech outside of Scranton, Pennsylvania on Thursday, which included a push to make companies buy American products, invest in clean energy, strengthen the nation’s supply chain to help deal with the pandemic and more. His plan specifically proposes investing $700 billion in rebuilding our manufacturing sector.

Around $300 billion of that $700 billion would be devoted to researching and developing clean energy. That’s a step in the right direction, but we should invest more. The number of jobs in the solar industry has increased by 159 percent over the past decade. Solar energy and wind energy are now often cheaper than coal energy, which much of the country relies on. These industries are already growing and thriving and investing in accelerating that growth could help create a lot of new jobs in manufacturing renewable energy systems and installing them around the country. With coal jobs continuing to disappear, we could put renewable energy production into high gear and not only replace those jobs but create many more.

Outside of what Biden is already planning to do, he could create a lot of jobs by getting behind legalizing cannabis. Not only would that benefit communities of color that have been disproportionately harmed by the prohibition of cannabis, it would stimulate the economy. It’s estimated that the cannabis industry would generate somewhere around $55 billion in sales per year if weed were legalized today. All of those dispensaries opening up around the country would mean more jobs for Americans and more tax revenue for states that are struggling with their budgets due to the cost of dealing with this pandemic.

Donald Trump ran on spending over $1 trillion on rebuilding this country’s crumbling infrastructure in 2016, but he infamously failed to get any infrastructure project off the ground, save for repairing some stretches of his beloved wall on our border with Mexico. His plan was something of a scam, but the idea of investing a large sum in rebuilding our infrastructure is something Biden must consider if he ends up with the task of cleaning up Trump’s mess.

During the Great Depression, Franklin D. Roosevelt helped get people back to work by establishing the Tennessee Valley Authority (TVA), the Public Works Administration (PWA) and the Civilian Conservation Corps (CCC) to build the nation’s infrastructure. Now, the country’s infrastructure needs rebuilding, and Biden could follow a similar path to fix our roads, bridges, damns and everything else that desperately need fixing.

The pandemic provides an excellent opportunity to invest in high-speed inter-city rail. The airline industry has been decimated as people fear being cooped up in a small tube with others who might be infected with Covid-19. Trains can be ventilated, fitted with high-quality air filters and have more space to give passengers some distance from others. Over the long-term, they emit far less greenhouse gasses—about one-sixth as much per passenger, according to EcoPassenger, a project of the International Railways Union and the European Environment Agency.

Small businesses are an important part of the nation’s economy, and the pandemic has many of them on the verge of closing--or has already forced them to close. A study from May found that roughly 100,000 small businesses had already shuttered their doors for good; one can only imagine how many have closed in the months since its publication, and how many will soon close. If Biden wants to revive the economy, investing in keeping small businesses alive should be a central agenda item.

Dean Baker, a senior economist at the Center for Economic and Policy Research, tells AlterNet that there are a number of other ways Biden could help the economy recover. He says it’s important that we provide funding to state and local governments so they don’t have to lay people off and can provide essential services, that we make more childcare available so people can work and that we ramp up COVID-19 testing and contact tracing so people can work in places where the number of new infections are low while we wait for a vaccine.

“If he wants to address inequality, a great place to start would be to take away the patent monopolies on government-funded coronavirus vaccines and treatments,” Baker says. “The law already gives him the right to do this, he just needs to assert it. This would be a first step toward replacing government-granted patent monopolies as a mechanism for financing drug research (and medical equipment) more generally. This is an enormous source of upward redistribution (and from Blacks to whites) that draws little attention.”

Baker says he agrees that investing in renewable energy is a smart plan, and it could create “potentially an enormous number of jobs” in installing solar panels. He says we’ve seen a large reduction in greenhouse gas emissions since so many people started telecommuting to work, and Biden should work to make that reduction permanent. Making childcare available and increasing access to affordable public transportation could help make that happen.

“Cracking down on the financial industry should also be a big priority. Biden has already come out for a financial transactions tax, which will drastically downsize the sector,” Baker says. “He also needs to target abusive practices by lenders and private equity. This will free up resources for big initiatives in child care, clean energy, and Medicare for All.”

Biden is only starting to reveal his plans for rebuilding our economy, but if he’s going to make it happen in any reasonable amount of time, these ideas and others should all be under serious consideration. Investing in manufacturing and supply chains is necessary, but there are many other proven routes to economic success that would not only benefit us financially but also improve our quality of life.