I've taken the cognitive test, too. We need to talk about it 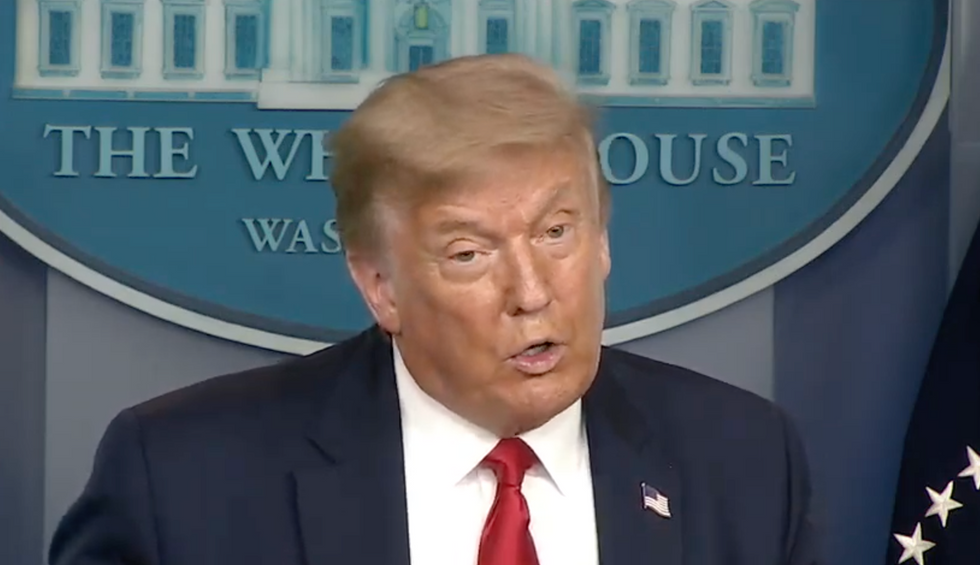 I was reading a community diary story today that you really should read, if you haven’t already, about the writer’s experience taking the cognitive assessment test. I have had difficulty processing Donald Trump’s answer regarding this matter to Fox News in a way that I hadn’t really come to terms with until reading that diary and thinking about how it made me feel.

I had my first MOCA test years after rehab recovering from a violent crime assault, and, unfortunately, since then for the past 25 years, I’ve had a version of this test given to me with decreasing regularity. The point of a cognitive test isn’t to “ace” it or prove how much of a smart person you are: The point is to track whether or not you are experiencing a negative trend in your ability to function, which can be caused by time, disability, or even medication. As the president bragged about his test results, one question kept popping up: Why brag? This test is easy. Only once, due to a bad drug interaction, did I ever suffer difficulties. It was that one time, though, that was a clue to doctors around me that something was wrong, resulting in changes to my medication. A follow-up test showed me, I guess in Trump’s terms, “acing the test” with “unbelievable” results. I don’t know if I would call them unbelievable, because they were to be expected. At the time of my traumatic brain injury (TBI), the MoCA didn’t exist. Still, the goal of neurologists was the same. It wasn’t to determine if I was smart—it was to determine if brain trauma was having a degenerative effect, or if the damage had stopped.

Trump’s follow-up, commenting about remembering names and information given to him at the beginning of the test through the end, has absolutely nothing at all to do with intelligence. Doctors give that test to think about retention. For people who have experienced traumatic brain injury (like me), it is to make sure that you still retain the information that comes in, and that you retain it well. It doesn’t, in any way, signal your intelligence.

I thought about the post I read, and I thought about my experiences with the MOCA test. I reached out to a neurologist I have worked with, and read back through all of the paperwork I have, and, frankly, the only reason I was ever told I would need to take a MOCA wasn’t due to my fitness or mental fitness: It was to check the impact of a TBI and to make sure it was stable. When I go in for a physical, it isn’t a component. In fact, the only time I have had to do a follow-up MOCA has been when I have had adverse reactions to medication or if I cross a five-year check-in, and then we do it.

I checked online to see if anyone else experienced the same with the MOCA test, and I am apparently not alone. The Washington Post talked to the creator of the test:

“It’s not meant to measure IQ or intellectual skill in anyway,” said Ziad Nasreddine, the neurologist who created the test. “If someone performs well, what it means is they can be ruled out for cognitive impairment that comes with diseases like Alzheimer’s, stroke or multiple sclerosis. That’s it.”

Nasreddine continued: “The reason most people take the test is they or others start noticing mental decline. They forgot where they parked the car, can’t remember what groceries to buy by the time they get to the store. They keep forgetting to take their medication.”

As Trump bragged about the test, something gnawed at me. I would listen to him talk about how he aced it and how great he was, and how it proved he was smart. The last time I took a MOCA test was last year, and as I said, I, too, “aced it.” For people who have TBI, though, we live with a bit of fear. It’s been more than 20 years, so I should be completely stable at this point. Still, every time I lose my keys, forget where I parked, or lose track of time—all of which happen to everyone—it sparks a little fear in us: Could this be the moment where things start to slip away from me?

For people who live in fear of neurological issues, whether it is Alzheimer's, a stroke, a TBI, or any other issue, the idea of bragging about this test is ghastly. It is a struggle people with disabilities deal with, and it can establish their comfort. Trump reports that he got a score of 30/30. Fantastic. Great. Please realize who you are being compared to and why. I guess if you are intent on insulting all Americans, why stop anywhere? Just keep bragging about how much better you are than everyone else.

P.S.: I know someone who suffered a brutal brain injury who took a test like this and had a 25 score they were damn proud to have in their name. I haven’t seen them in a long time, but I can guarantee you, I would trust his judgment far above yours, Mr. President.