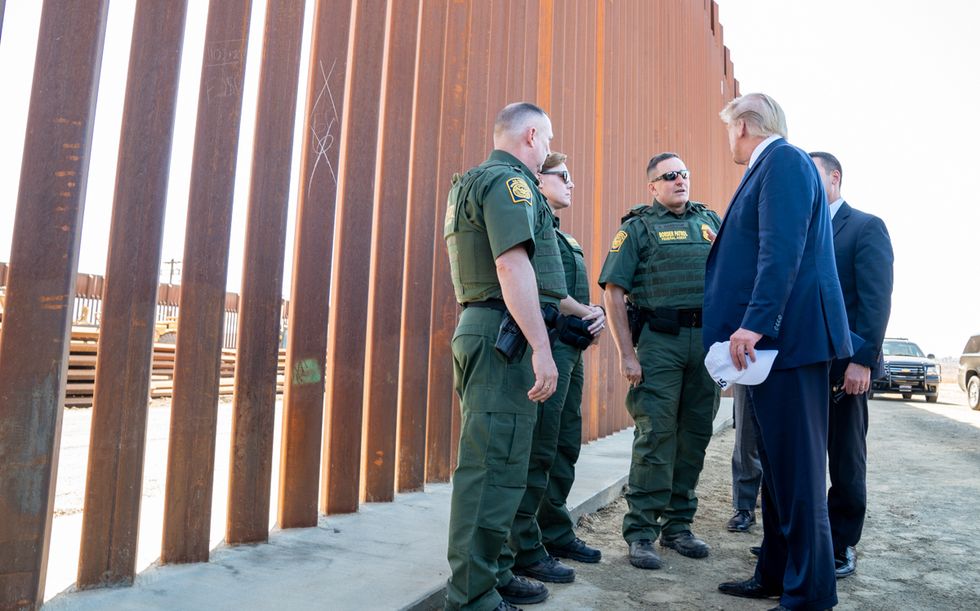 The House Oversight Committee has released an internal document showing that Customs and Border Protection (CBP) negotiated deals to lessen the severity of punishment against agents who were part of a racist and vile Facebook group where members mocked the death of a teenaged boy in the agency’s custody last year.

Following an internal investigation of the “I’m 10-15” Facebook group, only four of nearly 140 agents were fired, we found out last week. But this internal document indicates that other agents also faced serious discipline but were instead shielded: “In one case, an employee who was recommended for removal had their penalty reduced to a seven-day suspension,” chair Carolyn Maloney said in a statement.

Heads should have rolled over the fact that nearly 140 CBP agents were a part of this vile group, where members also shared a doctored photo depicting the sexual assault of Rep. Alexandria Ocasio-Cortez by Donald Trump. In another attack on Ocasio-Cortez and colleague Veronica Escobar as they were to visit border facilities as part of their oversight responsibilities, another member, “apparently a patrol supervisor, wrote, ‘Fuck the hoes,’” ProPublica reported.

The Los Angeles Times reported that the internal investigation into the Facebook group eventually grew to nearly 140 employees before they were whittled down to just four firings. Agents clearly got away with it—and they had help from the inside. Maloney’s statement said that redactions to the internal document are blocking the committee from even knowing the names of the agents who were shielded and the supervisor who shielded them.

“CBP continues to obstruct the committee’s investigation by refusing to lift redactions, hiding names and roles of CBP employees as well as employee conduct, which is preventing the committee from determining whether the specific employees who made these threatening and repugnant posts continue to work for CBP in positions of power over immigrants and children,” Rep. Maloney said.

Following the report of the four firings last week, Rep. Escobar tweeted that she never got investigation results from CBP even though she was personally targeted by its agents. “The posts shouldn't have just triggered firings but also an investigation into why other members never reported it,” she continued, calling Facebook “a cesspool.”

But so is CBP. As migrant kids died under the agency’s watch for the first time in a decade, the Government Accountability Office found CBP violated the law by using emergency humanitarian funding to pay for a canine program and dirt bikes. And now the agency is helping impeached president Donald Trump carry out his authoritarian agenda in Portland. Congress, defund this agency’s abuses already.