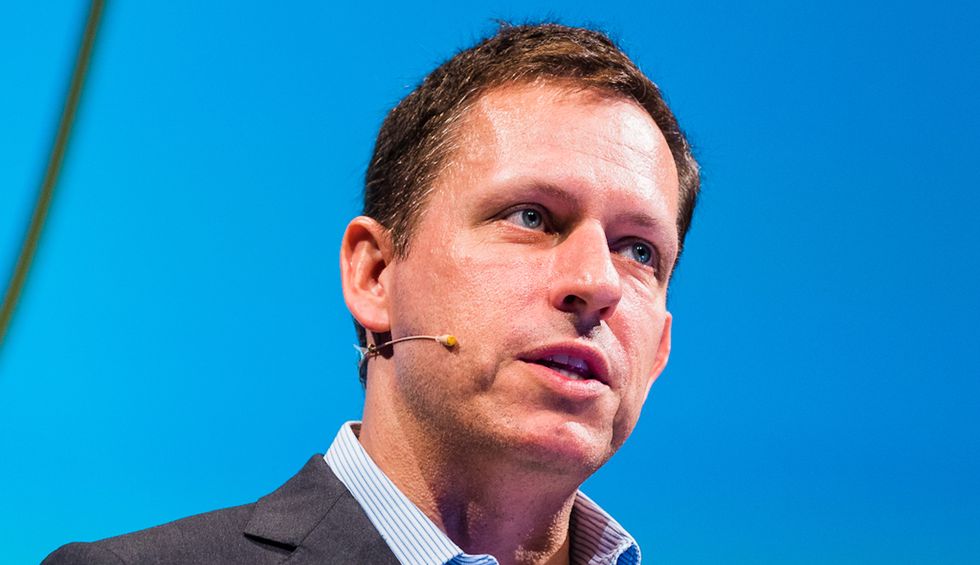 Peter Thiel, the tech entrepreneur and iconoclast who openly embraced Donald Trump's 2016 campaign, now has doubts about whether the president can win re-election and is keeping his distance from the campaign, according to a report in the Wall Street Journal.

The Daily Beast had previously reported that Thiel wasn't playing an active role in the Trump campaign this cycle, despite having been a major donor in 2016. It also said he had been upset with Trump's response to the coronavirus pandemic and the recession.

In recent weeks, however, in private conversations from his oceanfront estate in Hawaii, Mr. Thiel has said he soured on the president’s prospects, the people said. Mr. Thiel said he believes it is likely that the economy will be mired in deep recession in November, with double-digit unemployment, and that any sitting president would be at a stark disadvantage to a challenger.

Though Thiel was a high-profile speaker at the Republican National Convention, he reportedly doesn't plan on attending again this year. That may be wise, because Trump has indicated that he doesn't want the convention to proceed with any social distancing measures that could limit the spread of COVID-19.

But despite Thiel's apparent pessimism about Trump's prospects, the report indicated that he seems to be excusing Trump's world-historical failure to quell the pandemic stateside:

While Mr. Thiel is willing to cut Mr. Trump some slack over a once-a-century pandemic, Mr. Thiel is withering in his assessment of the president’s reelection campaign, the people familiar say. Mr. Thiel doesn’t believe the campaign has settled on a winning argument to convince the electorate to stay the course.

This sounds more like a rationalization for supporting a disastrous presidency rather than genuine reflection. Rather than acknowledging the Trump's abject unfitness, he can just blame the president's dismal performance on having a poor message.

Thiel also reportedly won't consider voting for Biden, and may indeed vote for Trump again — even if he doesn't give his financial or vocal support.