Herman Cain dead from coronavirus at 74 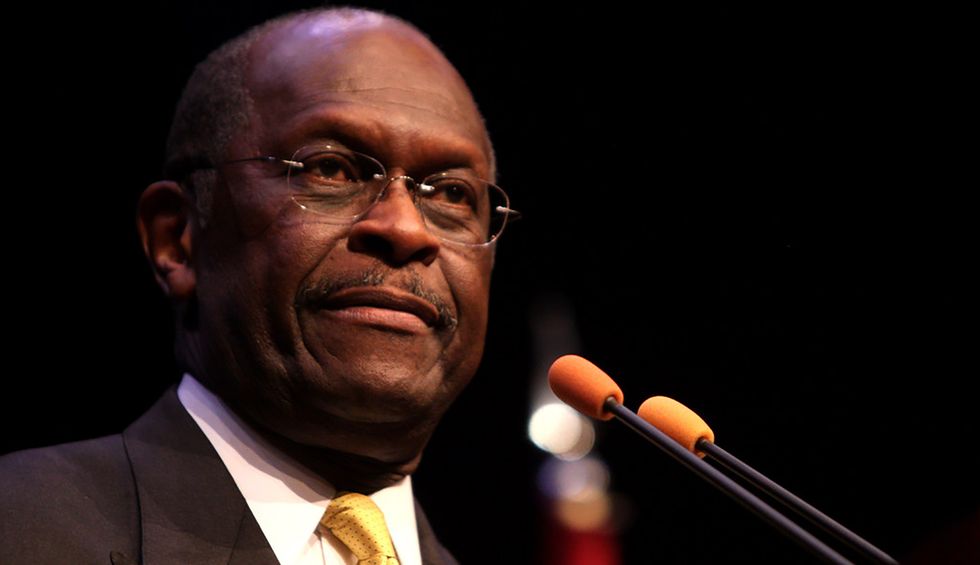 Herman Cain’s website has announced that the Republican activist and former Godfather’s Pizza CEO has died from COVID-19 at the age of 74.

Conservative Dan Calabrese posted, “Herman Cain — our boss, our friend, like a father to so many of us — has passed away. He’s entering the presence of the Savior he’s served as an associate minister at Antioch Baptist Church in Atlanta for, and preparing for his reward.”

Calabrese went on to say, “Let me deal with some of the particulars of the last few weeks. We knew when he was first hospitalized with COVID-19 that this was going to be a rough fight. He had trouble breathing and was taken to the hospital by ambulance. We all prayed that the initial meds they gave him would get his breathing back to normal, but it became clear pretty quickly that he was in for a battle.”

The news that Cain, who served as co-chairman of Black Voices for Trump, had been hospitalized because of COVID-19 was widely reported in early July. Cain tested positive on June 29 and was hospitalized on July 2.

Updates on his condition were given via his Twitter account, @TheHermanCain; earlier this week on Monday, July 27, a tweet read, “We know it’s been a few days since we last gave you an update on the boss. But he is still in the hospital being treated with oxygen for his lungs. In the meantime, the doctors say his other organs and systems are strong.”

It is unclear where Cain was infected with COVID-19, but many pundits have noted that when he attended President Donald Trump’s Tulsa rally on June 20, he was seen not wearing a face mask.

Cain was among the Republicans who competed with former Massachusetts Gov. Mitt Romney, now a U.S. Senator in Utah, in the GOP’s 2012 presidential primary. Ultimately, Romney won the nomination but lost to incumbent President Barack Obama in the general election.