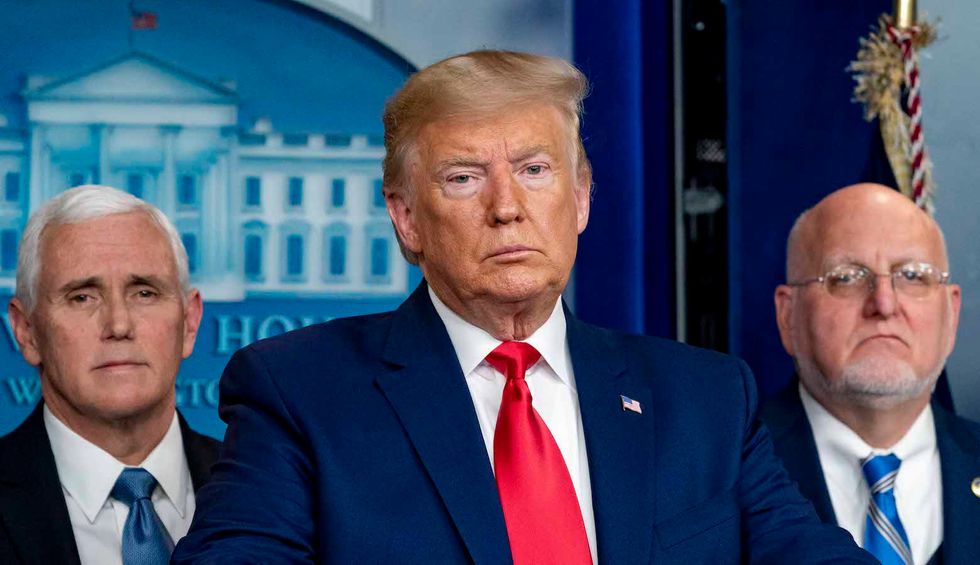 Presidents become known for their words. Particular phrases seep into public memory and create the signposts of their legacy. George H. W. Bush was marked, for example, by the phrase "read my lips: no new taxes," perhaps more for the wonky way he said it than for the fact that he didn't deliver. Richard Nixon famously liked to repeat "let me make one thing perfectly clear," a phrase that hangs heavily given the irony of its source.

Sometimes these phrases are ominous. Lyndon B. Johnson's legacy is haunted by the time he uttered "we still seek no wider war," shortly before escalating the conflict in Vietnam. George W. Bush's administration left us with many disturbing phrases, including "extraordinary rendition," which Salman Rushdie described as an "ugly phrase that conceals an uglier truth."

Others are cringeworthy, like Bill Clinton's famously evasive phrase, "that depends on what the meaning of 'is' is," said during the investigation of his relationship with Monica Lewinsky.

Few presidents, though, will leave the type of linguistic legacy we can expect from the Trump years. Trump and his team will be marked by the fact that they offered us all of it: awkward phrases, unintelligible phrases, disturbing phrases, ironic phrases and ominous ones.

It is in these last two categories that we find the Trump team's use of the phrase "an abundance of caution" to explain their behavior in response to the coronavirus pandemic.

We've heard the phrase most recently from VP Mike Pence as he cancelled a series of campaign events last week in Arizona and Florida, but White House use of the phrase dates back even earlier.

On March 11, for example, White House spokeswoman Stephanie Grisham announced that President Trump had canceled his upcoming events in Colorado and Nevada "out of an abundance of caution from the coronavirus outbreak." Later that week, news broke that the press aide to Brazilian President Jair Bolsonaro had tested positive for the virus shortly after meeting with Trump. Trump brushed off queries as to whether he would get tested. Yet, Florida GOP Sen. Rick Scott decided to quarantine "out of an abundance of caution" because he potentially came in contact with the same member of Bolsonaro's delegation.

Even in March it was clear that large scale events like the ones that had been planned in Colorado and Nevada were too risky to hold. During the week of March 7-13 one-fifth of all students worldwide were out of school, New York City had declared a State of Emergency, the NBA had shut down its season, and the WHO had declared the coronavirus outbreak a pandemic.  Choosing to cancel events or to quarantine after contact with someone infected was not an abundance of caution at the time; it was just common sense.

Why, then, did the Trump team describes their actions as examples of "an abundance of caution"? They did so because using this phrase offered a cover for their terrible leadership. It allowed them to suggest that they were doing more than they needed to when they were doing less than nothing. They were, instead, putting everyone at great risk by refusing to effect simple policy decisions that their counterparts were practicing across the globe.

But here's the thing. The Trump team didn't just display a lack of leadership; they wrapped their lack of leadership up in a phrase that was deliberately deceptive. By choosing to describe too-little-too-late decisions as an "abundance of caution" they offered a narrative that wasn't just dangerous. It was delusional. Their lack of action and leadership was bad enough, but their use of deceptive rhetoric made it much worse.

No matter how you consider it, the Trump team has no place describing their actions during the pandemic as even cautious, let alone abundantly cautious. Yet, the phrase is littered throughout their official statements, as though at some point in some meeting it was decided that this was the wording that would be used to pretend that they care about public health when they really don't.

Consider this: On the same day that Pence announced he was going to suspend his campaign events in Arizona and Florida, the United States set a new record for coronavirus cases, and cases in those very same states where Pence had planned large events skyrocketed. Critics pointed to the deadly irony that the campaign had elected to hold campaign events in areas where cases were surging. Democratic National Committee spokesman David Bergstein made the link, stating, "Coronavirus cases in Florida and Arizona are spiking thanks to Trump's ineffective response to this crisis — and the fact they were trying to hold unsafe events in these states at all is just another demonstration of their incompetence and bad judgment."

But, as I've said, it isn't just incompetence and bad judgment. Those can be explained away by being inept or stupid. Instead the rhetoric the White House uses to describe its actions during the pandemic highlights the deliberate nature of their failed leadership. It reveals that these risks are calculated, measured, and intentional. It makes it clear that these are politically motivated decisions that place personal gain over scientific expertise.

Describing a lack of concern for human life as an "abundance of caution" is not an accidental misuse of language. It is a premeditated effort to deflect responsibility, feign care and manipulate the public.

As Bridget Read explained it for The Cut, "as easily as 'abundance of caution' slips off the tongue, it performs a sort of doublespeak." It suggests extra safety, so much caution that we have a surplus of it, a fitting phrase, she argues, for a president who is often associated with opulence and excess. That excess, though, like all of Trump's glitter and bling is pure artifice, a smokescreen to cover for an administration governed almost entirely by greed, self-interest, and blatant disregard for human life.

To be sure "an abundance of caution" is already an odd phrase. Anytime you hear it, it's worth pausing for skepticism.  It was overused in disturbing ways, for example, during the Ebola outbreak when the reaction to the virus was, by most accounts, an overreaction. Its origins are to be found in the Latin ex abundanti cautela. It is meant to signify taking precautions against a very remote contingency. In banking, it refers to collateral that exceeds the value of a loan.

The phrase was used when President Barack Obama decided to take his oath of office a second time after realizing he had spoken one word out of sequence the first time. In that rendering, the phrase signified as intended—a president taking an extra step to be extra cautious, doing something, just in case, that probably wasn't necessary.

Today, though, we have quite a different president, one who can't think past the borders of his own ego and one who can't see the "utter disaster" American has become on his watch.

Coronavirus cases surge at horrifying rates, yet doing even the most simple, basic things to stop it are described as being more cautious than needed, more careful than called for. One day, after Trump has left office and the numbers are counted and the bodies are buried we will shudder when we remember how they used the phrase "an abundance of caution" to signal their total lack of concern.