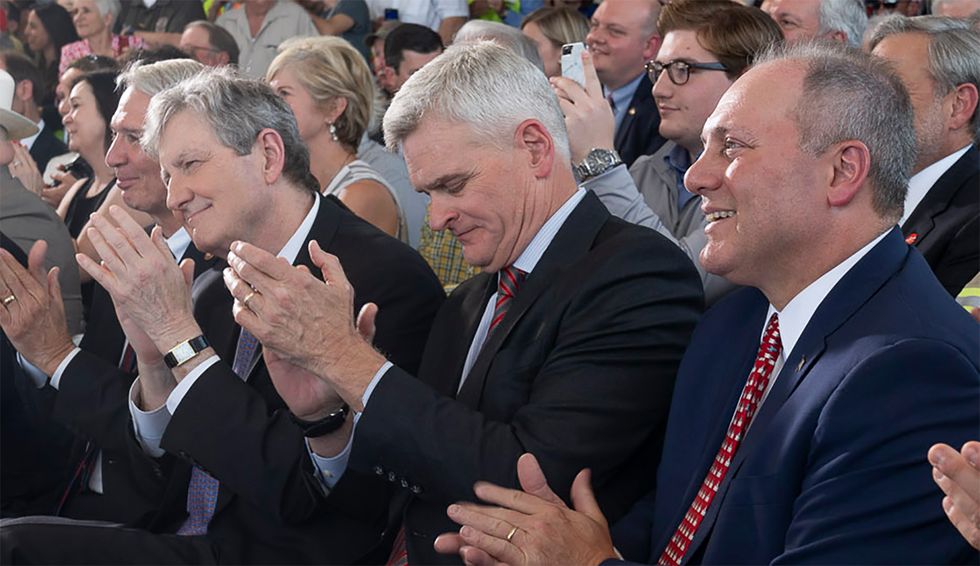 But a look at the legislative text (pdf) released by Senate Republicans shows the HEALS Act is replete with massive gifts to the Pentagon and defense contractors that would do nothing to aid the unemployed, provide nutrition assistance to hungry children, prevent an avalanche of evictions, or stop the spread of coronavirus.

The legislation also includes hundreds of millions of dollars in funding for surveillance planes, Apache helicopters, and armored vehicles.

The HEALS Act proposes a total of $29.4 billion in new military spending just a week after the House and Senate approved a $740.5 billion Pentagon budget for fiscal year 2021.

Meanwhile, as Common Dreams reported earlier Tuesday, the Republican package includes no money for state and local governments, election assistance, or the U.S. Postal Service. The legislation would also slash the weekly federal unemployment insurance boost from $600 to $200.

Roll Call's John Donnelly reported Monday that "Senate Republicans have laced their roughly $1 trillion coronavirus relief package with at least $7 billion for weapons, most of which are built by leading contractors that contribute heavily to congressional campaigns."

The draft appropriations portion, made public Monday evening, includes money for fighter jets, helicopters, radars, ships, and armored vehicles that the measure's authors have deemed "emergency" spending that is not capped by the budget control law...

The top two defense contractors, Lockheed Martin Corp. and Boeing Co., would do especially well under the measure.

The list of weapons is topped by fully $1 billion for an unstated number of Boeing P-8 Poseidon maritime surveillance jets. Also on the list is $283 million for Boeing Apache helicopters for the Army.

Boeing's Ground-Based Midcourse Defense anti-missile system, which is aimed at intercepting incoming ballistic missiles from sites in Alaska and California, would receive $200 million, and $243 million more would go to a missile defense radar program.

"People are dying, or worried about keeping a roof over their families' heads, or cutting hours because their kids' schools are closed," said Anthony Weir, a lobbyist on nuclear disarmament and Pentagon spending at the Friends Committee on National Legislation. "And this is the time to jam some military procurement into this year that you didn't get last year?"