GOP rep. who attacked Ocasio-Cortez with sexist slur ‘apologizes’ for media misunderstanding him 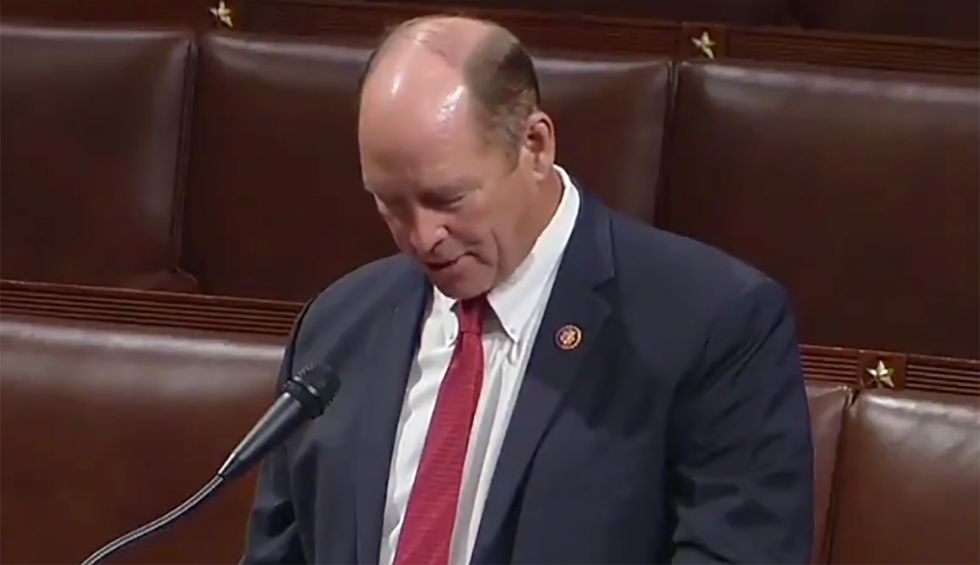 A Republican Representative who called Democratic U.S. Congresswoman Alexandria Ocasio-Cortez a “fucking bitch” on Monday delivered a speech on the floor of the House of Representatives that purported to be an apology, but was far from one. He says those words “were never spoken by me to my colleagues,” but he did not deny saying them.

Yoho declared he is apologizing – not for his sexist slur – but “for the abrupt manner of the conversation I had with my colleague from New York.”

U.S. Rep. Ted Yoho of Florida made the offensive remark as he was walking down the steps of Capitol Hill, and Rep. Ocasio-Cortez was ascending. He first attacked her over her remarks about poverty, in which she had said one of the leading causes of low-level crime is simply people being hungry and stealing items like food to feed their families.

In his Wednesday morning remarks, Rep. Yoho said the “offensive name-calling words attributed to me by the press were never spoken to my colleagues,” Yoho insisted, which is exceptionally specific for a reason. “If they were construed that way, I apologize for their misunderstanding.”

In other words, he is apologizing for the press misunderstanding his intent, which is not only inaccurate, but shows he lacks any remorse, although he claimed to be “a man of my word.”

Yoho’s office says he did not say the sexist slur to AOC directly, but seconds after their initial confrontation, as he moved on. A reporter heard the conversation and says they were definitely said about the Congresswoman.

The Florida Republican added he would not apologize for his “passion, loving my God, my family or my country.”

He also revealed that he and his wife had “nothing” when they married at age 19, and lived on welfare.

“We did odd jobs,” Yoho said, pausing, then adding, “We were on food stamps. I know the face of poverty, And for a time it was mine.”

He went on to suggest that Ocasio-Cortez acknowledging poverty can lead to crime is a way for her to “encourage” law-breaking.

Despite Rep. Yoho and his family using and needing food stamps early in their lives, he voted to cut $40 billion out of the food stamp program, SNAP, in 2013. At the time, the average benefit was a mere $133 a month.

In 2018 The Gainesville Sun editorial board accused Yoho of prioritizing “out-of-the-area sugar producers who give him campaign contributions over his constituents that are recipients of food stamps.”

And last year an opinion column in The Florida Times-Union accused Yoho of voting “against interests of his constituents,” noted the Florida Congressman calls the food stamp “program ‘a trap.’ He has voted for massive cuts in the program and favors harsh work requirements, even though research indicates these impede access to benefits from a program that consistently shows extremely low fraud by recipients.”