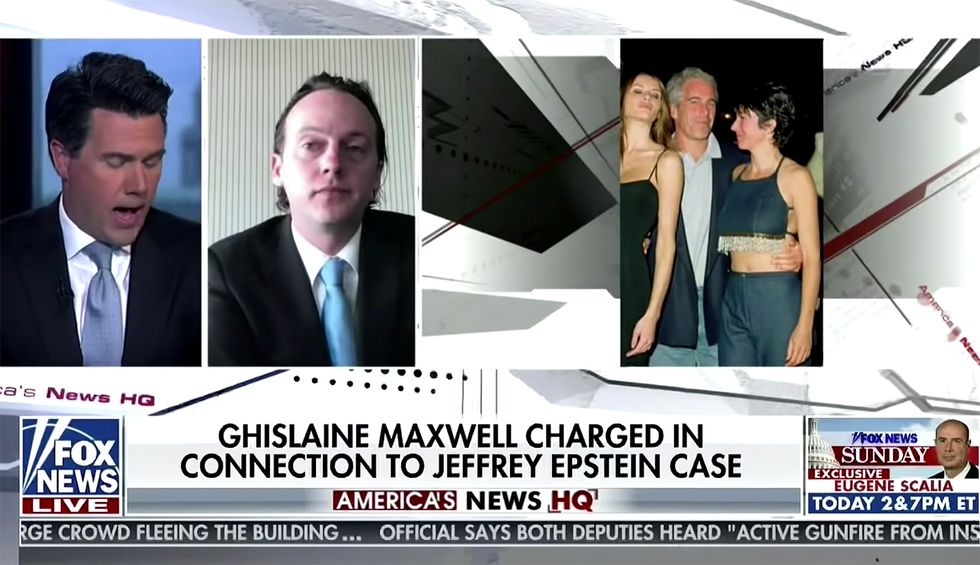 Fox News on Monday confirmed that the network had edited President Donald Trump out of a photo in which he appeared with convicted sexual offender Jeffrey Epstein.

The incident occurred during a broadcast on Sunday covering the arrest of Epstein confidant Ghislaine Maxwell.

In a statement to Raw Story on Monday, Fox News said that it regretted “mistakenly” excluding Trump from the photo.

“On Sunday, July 5, a report on Ghislaine Maxwell during FOX News Channel’s America’s News HQ mistakenly eliminated President Donald Trump from a photo alongside then Melania Knauss, Jeffrey Epstein and Maxwell,” the statement said. “We regret the error.”

Watch the original video report below.