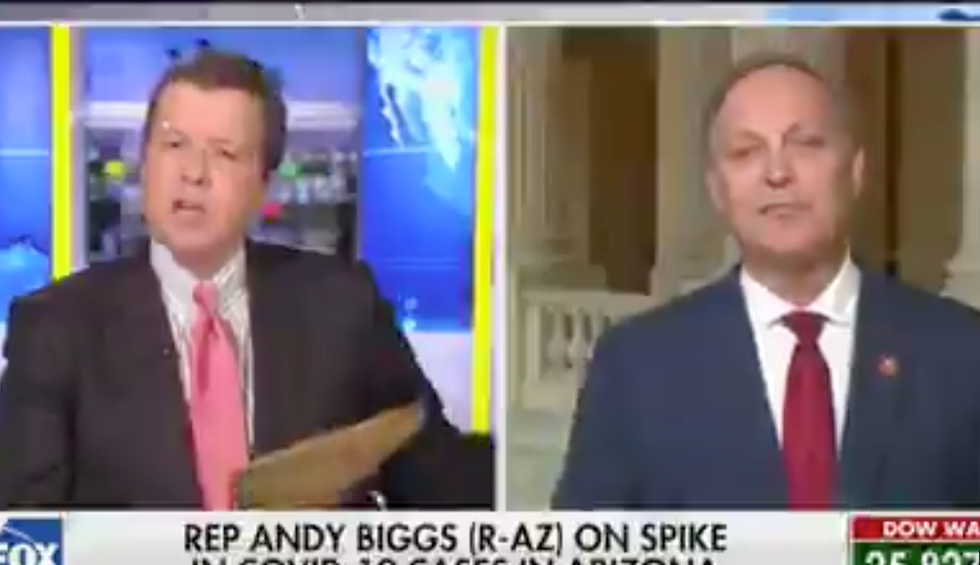 Biggs argued that both medical health experts, who have helped lead the administration's response to the coronavirus pandemic, have outrun their useful. Both Birx and Fauci, along with all other experts in public health, have been warning about the massive increase in positive COVID-19 cases and hospitalizations in the U.S. and arguing forcefully in favor of government response.

But Biggs, it seems, would prefer if they just adopted Trump's strategy of hoping it would all go away.

"He is the policymaker," Biggs said of Trump. "When they come out, and make the statements that they make, they engender panic and hysteria and undermine what the president is doing."

Cavuto hit back, suggesting that Trump should be deferring to health experts — which is the whole point of having them in government.

"Isn't that what doctors do? Look after people's lives?" he said.

"Doctors do, who are treating people and meeting with them daily," said Biggs. "And I talk to those doctors on a regular basis. When's the last time Dr. Fauci met with and treated a patient on an individual basis? Or Dr. Birx?"

It was a bizarre line of attack because as public health experts, Fauci and Birx have no need to meet with patients. This doesn't reflect at all on their ability to understand the best ways to fight and cope with a pandemic.

"When's the last time you have [met with patients]?" Cavuto shot back.

"But you're telling the ones who are to get out!" said Cavuto.

Essentially, he seemed to be arguing that Birx (who has at times stretched the truth to align better with the president's messaging) and Fauci should stop openly discussing their views of the data because they doesn't fit the president's fanciful narrative that the virus is just going to disappear on its own.