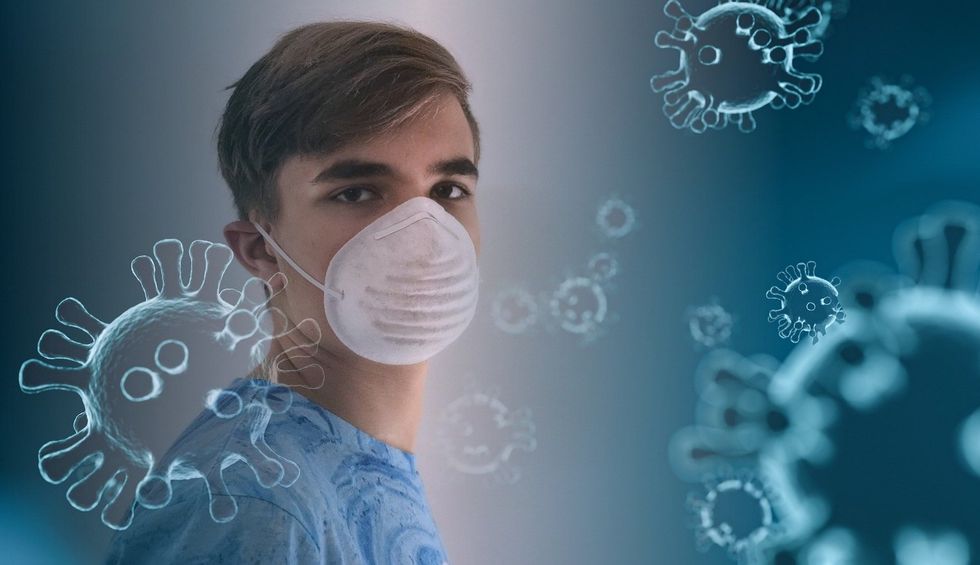 Image by Tumisu from Pixabay
Matthew Rozsa
and
Salon
July 28, 2020

In states like Oregon, the recent growth in coronavirus cases comes in large part from younger people in their 20s and 30s, who have been contracting the virus at higher rates than the at-risk elderly. That may be because younger people have the perception that they are at lower risk for mortality, and thus are less invested in self-quarantining behavior.

Now, the Centers for Disease Control and Prevention (CDC) is trying to quash this popular misconception that younger people simply don't get very bad cases of coronavirus. Indeed, as the CDC pointed out in a report, many young people are suffering severe long-term health consequences after contracting the disease — even though their over rate of mortality is quite low.

In its regular Morbidity and Mortality Weekly Report, the Centers for Disease Control and Prevention (CDC) writes that "prolonged symptom duration and disability are common in adults hospitalized with [COVID-19]."

The CDC conducted a multistate telephone survey of a random sample of adults between April 15 and June 25, 2020. In this survey, the researchers found that roughly 19 percent of adults between the ages of 18 and 34 who had tested positive for COVID-19 did not return to their usual state of health within two to three weeks after they were tested.

The sample size of adults within that category was small (nine out of 48), but still consistent with larger data which shows that younger populations should not consider themselves immune to serious health consequences if they contract COVID-19.

The report also found that — after adjusting for sex, age and race/ethnicity — being obese and reporting a psychiatric condition were associated with odds more than two-fold of a patient not returning to their previous state of health after being infected.

"This report indicates that even among symptomatic adults tested in outpatient settings, it might take weeks for resolution of symptoms and return to usual health," the CDC writes. "Not returning to usual health within 2-3 weeks of testing was reported by approximately one-third of respondents. Even among young adults aged 18-34 years with no chronic medical conditions, nearly one in five reported that they had not returned to their usual state of health 14-21 days after testing. In contrast, over 90 percent of outpatients with influenza recover within approximately two weeks of having a positive test result."

The CDC report tracks with anecdotal evidence from young COVID-19 survivors. Recently, CNN profiled multiple people under 30 who contracted COVID-19 and suffered severe and lasting side effects. A 28-year-old UK man reported "brain fog, difficulty concentrating and problems with short-term memory that make reading, writing and speaking harder." A 28-year-old American woman reported that she now has to use an inhaler, and even speaking made her feel winded.

Speaking to Salon last month, Dr. Henry F. Raymond, associate professor and epidemiologist at the Rutgers School of Public Health, explained why we know so little about how the coronavirus will impact younger Americans who get infected.

"Thirty-five years into the HIV epidemic, we still don't know things about the dynamics of HIV infection," Raymond explained. "We know the basics, but we actually don't know who's going to be the next group to be most at risk. To think that after December, January, February, March, April, May and June — seven months — we would have a handle on this whole thing is a little unbelievable to me."

Salon also spoke earlier this month with Dr. Russell Medford, chairman of the Center for Global Health Innovation and Global Health Crisis Coordination Center, about the misperception that young people do not need to be concerned about coronavirus infections.

"The coronavirus affects both old and young," Dr. Russell Medford, chairman of the Center for Global Health Innovation and Global Health Crisis Coordination Center, told Salon. "What's clear is, in terms of the impact of the virus on, it causes severe symptoms and death in the young. It's much less severe in the young, but the young are infected significantly and in large numbers. We are seeing our hospital beds and ICU beds being filled up with young patients now in Florida and Texas, that are in the hospital and undergoing intensive treatment because of their infection by coronavirus."