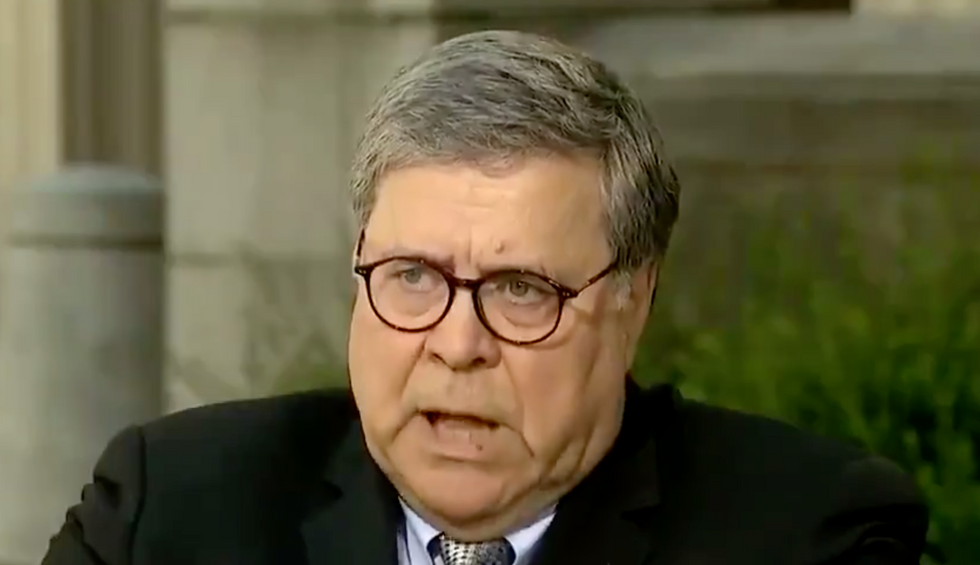 Trump-loyal Attorney General William Barr continues to use his granted federal powers to retaliate against Trump's enemies—namely, those that would dare investigate Trump and his uncountably-many crooked allies. He has taken it upon itself to sabotage federal investigations, remove investigators and watchdogs who have taken on Trump-related cases, withhold evidence from Congress, order that testimony be withheld from Congress, and rigorously done whatever other actions would best cement conservative, fascist-premised power.

The Washington Post reports on a new instance, in which Barr ordered the declassification of a document last week that, upon delivery to senator and fellow corruption-enabler Lindsey Graham, within days resulted in the public outing of a secret FBI source. The reason? That source was one who compiled information for the now-infamous "dossier" collecting rumors and leads on Donald Trump's dealings inside Russia, and we can presume the outing of this confidential source is in keeping with Barr's brazenly public campaign of retaliation against those who investigated the connections between Russian election interference, in 2016, and Trump's campaign.

Also in keeping with this administration's fascist tendencies, whether this campaign of Trump-friendly declassifications results in people getting killed seems immaterial to Barr.

Igor Danchenko was, until last week, a source who used his Russian and Ukrainian contacts to pass information back to former British spy Christopher Steele, information that would be included in what is now known as the "Steele dossier" on Trump-Russia rumors. He spoke to the FBI, says the Post, on condition of secrecy to protect his foreign sources and his family from harm—a reasonable demand given the Putin government's ongoing assassinations of Putin critics, journalists, and suspected spies.

While the FBI did redact Danchenko's name from the material given to Graham, the surrounding text gave enough information to swiftly expose both Danchenko and at least one of his own alleged sources.

This seemingly intentional Barr "screw-up", compromising promised anonymity to informants for the sake of discrediting the Robert Mueller investigation into Russian election hacking in particular, is part of a continued string of actions by an attorney general seemingly far more vested in punishing enemies than protecting national interests. It's not hard to guess how the public identification of once-secret FBI sources will impact the willingness of future sources to come forward, especially if those sources have information about Donald Trump in particular.

Then again, that is almost certainly the intent.

While similar campaigns to publicly discredit and demonize individual federal agents, sources, and investigators have ended numerous careers—some on Trump's orders, and some not—the exposure of Russian sources in particular adds a significant additional risk, however. Barr and Graham's efforts to "investigate" and retaliate against those they believe have wronged Dear Leader may put foreign sources in real danger.

One gets the feeling that William Barr himself is indifferent about that. At best.