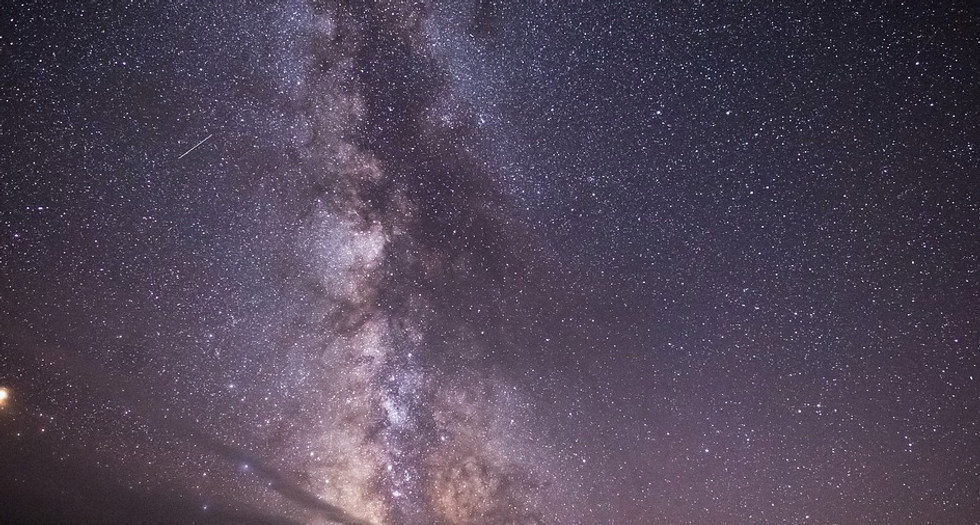 Astronomers believe they have discovered a new, bizarre type of cosmic object that is invisible to all wavelengths of light except radio.

The strange circular objects in question have been unofficially dubbed "Odd Radio Circles" (ORCs); three of them were discovered in a recent data accumulated during a preliminary survey by the Australian Square Kilometre Array Pathfinder, a radio telescope array in Western Australia. A fourth Odd Radio Circle was discovered when researchers sifted through old data from 2013.

The new phenomenon is the focus of a new paper published on the preprint website arXiv, which was submitted to Nature Astronomy by a group of international astronomers. It is yet to be peer-reviewed.

"Here we report the discovery of a class of circular feature in radio images that do not seem to correspond to any of these known types of object or artefact, but rather appear to be a new class of astronomical object," the authors of the paper write.

The ORCs are mostly circular in shape, with the exception of one shaped like a disc, and they cannot be seen with infrared, optical, or X-ray telescopes. Three of them are brighter around the edges.

The circular nature of the ORCs has led to some curiosity over their true nature. "Circular features are well-known in radio astronomical images, and usually represent a spherical object such as a supernova remnant, a planetary nebula, a circumstellar shell, or a face-on disc such as a protoplanetary disc or a star-forming galaxy," the researchers write.

Astronomers initially believed the ORCs may have been a telescope glitch — which is why the discovery of the fourth ORC, from data that was gathered in 2013 by the Giant MetreWave Radio Telescope in India, was key to the finding. That observation ruled out the possibility that the phenomenon was merely an artifact of the specific Australian radiotelescope array.

So what could these strange, circular radio objects be? In the paper, the researchers suggest a list of scenarios. First, they rule out that ORCs could be remnants of a supernova, mainly because of how rare ORCs are. Galactic planetary nebulas are ruled out, too, for the same reason. "[I]f the ORCs are [supernova remnants], which they strongly resemble, then this implies a population of SNRs [supernova remnants] in the Galaxy some 50 times larger than the currently accepted figure, or else a new class of SNR which has not previously been reported," the researchers explain.

Instead, they suspect the ORCs are a circular wave that appeared after some sort of extra-galactic "transient" event—like fast-radio bursts, another mysterious but far better documented astronomical phenomena.

"The edge-brightening in some ORCs suggests that this circular image may represent a spherical object, which in turn suggests a spherical wave from some transient event," the researchers write. "Several such classes of transient events, capable of producing a spherical shock wave, have recently been discovered, such as fast radio bursts, gamma-ray bursts, and neutron star mergers."

The researchers add that because of the "large angular size" the transient event in question "would have taken place in the distant past."

Avi Loeb, chair of Harvard's astronomy department, told Salon via email that he thinks the ORCs are "likely the result of radio emission from a spherical shock that resulted from an energy source at their center."

"They have a characteristic diameter of about an arcminute, corresponding to a physical length of ten light years (a few parsec) at our distance from most stars in the Milky Way or ten million light years (a few mega-parsecs) at our distance from most galaxies in the visible universe," Loeb said. "The former is a reasonable length scale for a supernova remnant, whereas the latter is a reasonable scale for the reach of the jets produced by the most powerful quasars."

However, since the distance to the source of the event is unknown, it remains unclear which interpretation is more likely.

Loeb added that the most likely explanation is that the ORCs are "the result of outflows from galaxies."

"We know that galaxies have powerful winds, driven by supernova explosions and quasar activity in their cores," Loeb said. "The collision of these outflows with the intergalactic medium is predicted to produce radio shells on the scale of the distance between galaxies, which is a few million light years, exactly as needed at a cosmological distance."

"Perhaps this is an indication that they exist," he added.